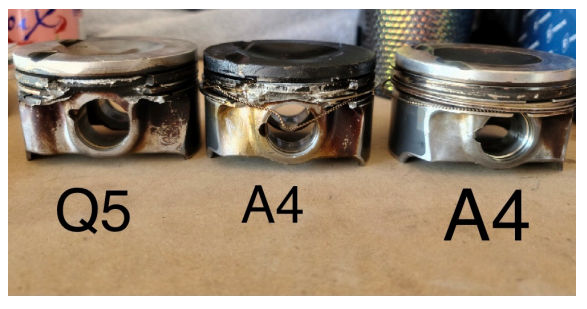 According to the complaint, the piston defect can cause the pistons and the engine itself to fail at any time and might also cause an engine to consume an excessive amount of oil given its combustion chamber is not properly sealed.

The Audi models alleged to be affected by the piston ring problem include 2012-2017 model year TT, A3, A4, A5, A6, Q3 and Q5 vehicles, the lawsuit states. Due to the allegedly defective Audi engines, drivers have incurred significant out-of-pocket costs to repair or replace certain engine parts or, in some cases, the entire engine, with piston ring repair bills costing thousands of dollars, the filing says.

The lawsuit goes on to allege that the defect presents significant safety risks given the sudden failure of a piston or pistons can cause an immediate loss of power to the engine.

“It goes without saying that a sudden loss of power poses a clear-cut safety risk—it can prevent the driver from accelerating, maintaining speed, and even adequately controlling the steering wheel, engaging the brakes, all of which drastically increase the risk of collisions,” the complaint reads. 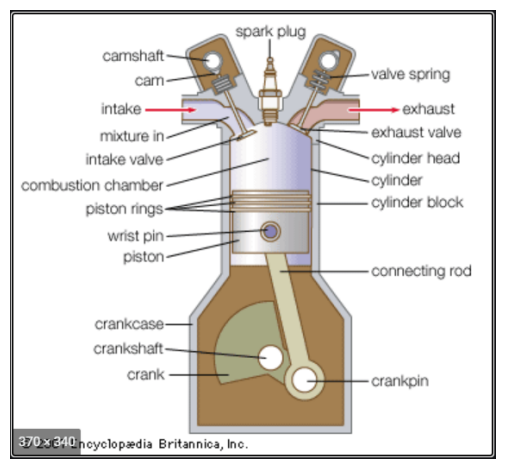 In an internal combustion engine, a piston is a fast-moving metal component within a cylinder, made up of both a piston ring and piston head, the case explains. The piston is supposed to transfer force from expanding gas in the cylinder to a vehicle’s crankshaft, and in most mass-produced cars, the intake, compression, combustion and exhaust process take place above the piston in the cylinder head, forcing the piston up and down and the crankshaft to turn. Pistons are subject to tremendous forces and heat amid normal engine operation, the suit stresses.

In the Audi models at issue, the pistons and/or piston heads in the 2.0-liter turbocharged engine are defective in a way that can allow for excessive oil consumption and cause cracking, fracturing or splintering at the point of contact, the complaint claims. Damage to the pistons causes immediate loss of compression within the engine cylinder, the lawsuit states, and remnants of the piston can be disbursed through the fuel system of a vehicle.

According to the case, the Audi piston defect can manifest before an engine reaches 75,000 miles, well short of an engine’s expected lifespan and “the industry standard for similar engines.”

The suit relays that Volkswagen’s “history of trouble” with the 2.0-liter engine is extensive as it’s been at the center of other class action cases over excessive oil consumption, specifically for 2009-2011 model years, and for defective timing chain problems in 2008-2013 and 2012-2019 model year vehicles. As a result of the litigation, Volkswagen ultimately extended its warranty periods for affected vehicles and reimbursed drivers for costs related to 2.0-liter engine repairs, the complaint says.

Included in the complaint is the following image purporting to show the four pistons removed from the plaintiff’s 2015 Audi Q5, which allegedly manifested the engine defect and began consuming excessive amounts of oil at only 26,000 miles: 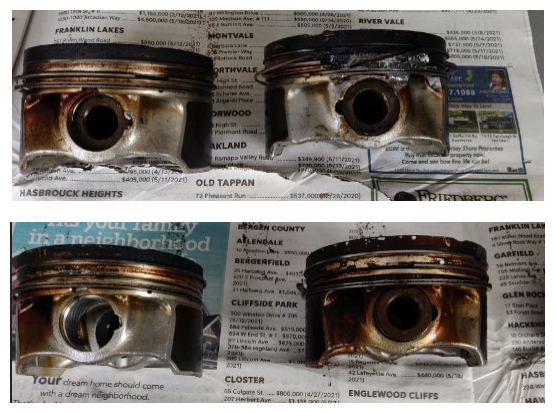 With regard to the alleged Audi piston defect at issue, the lawsuit alleges Volkswagen was sufficiently aware of the problem yet failed to disclose it to customers, who the suit contends “would not have purchased the Class Vehicles or would have paid less for them.”

The case looks to cover all individuals in New Jersey who bought or leased any 2012-2017 model year Audi vehicle equipped with a 2.0-liter turbocharged engine.