A class action alleges the Nvidia GeForce RTX 4090 graphics card has been sold with a “defective and dangerous” power cable plug and socket that can melt during normal use.

A proposed class action alleges the pricey Nvidia GeForce RTX 4090 graphics card has been sold with a “defective and dangerous” power cable plug and socket that can melt during normal use, posing a serious fire risk and rendering the cards unusable. 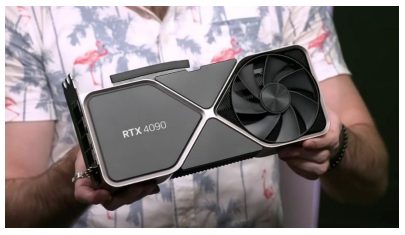 The 18-page case says that GeForce RTX 4090 graphics card buyers have “been hit with a costly double-whammy” in that they paid nearly $1,600 for “a dangerous product that should not have been sold in its current state.”

According to the complaint, users began experiencing problems with the graphics card—essentially a miniature computer with its own casing, RAM, cooling system, processor and power regulators—immediately after its release, in particular at the point where the 12-volt high-power (12VHPWR) 16-pin power cable plugs into the card. Per the suit, consumers, including those who installed the graphics card on their machines correctly, reported that the connector on the cable or the socket on the card began to melt after use.

The lawsuit states that when in use, the RTX 4090 consumes more power than every other component of a traditional desktop computer combined, including the CPU, RAM, hard drive and cooling fans. To power the device, a power cable must be plugged directly from the power supply unit on the back of a computer’s case into the graphics card, the case relays.

The filing alleges that the melting stems from “a design flaw” related to the high wattage flowing through each of the plug’s 16 pins.

“If there is even a temporary break in the electrical connection for any of the pins, too high a current will flow through the remaining pins, causing a meltdown,” the lawsuit explains, adding that users have reported this issue with both the native power cable and power cable adapter that comes with the card.

The case adds, though, that this performance is not without cost, as high-end graphics cards, given their high computational power, require significantly more power to operate. Per the case, the RTX 4090 draws 450 watts normally and up to 600 watts when overclocked. To supply this power, a user must connect the card to a computer’s power supply unit via a 16-pin power cable, the filing states. 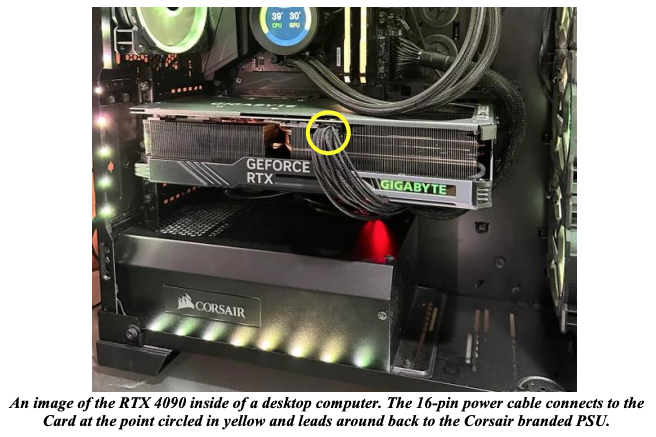 Importantly, this newer design, a 12VHPWR connector, has yet to be widely adopted by consumers and is not compatible with the average person’s power supply unit, the lawsuit continues. As a result, Nvidia supplies with each RTX 4090 card an adapter that converts the 12VHPWR connector to three or four eight-pin connectors that are then plugged into a computer’s power supply unit, according to the case.

The filing says that almost immediately upon the RTX 4090’s release, “worrying reports” began to pop up online from consumers who said their cards melted at the point where the 12VHPWR connector plugs into the card.

The lawsuit looks to cover all persons in the United States who purchased an Nvidia GeForce RTX 4090 graphics card.