The company behind Light’N Up Provisioning & Microbuddery faces a proposed class action over allegedly unlawful telemarketing texts sent to a Michigan consumer.

The company behind Light’N Up Provisioning & Microbuddery faces a proposed class action over allegedly unlawful telemarketing texts sent to a Michigan consumer.

The plaintiff says he received numerous text messages from the defendant throughout 2019, including the following texts sent on September 28, October 3, October 23, and October 26: 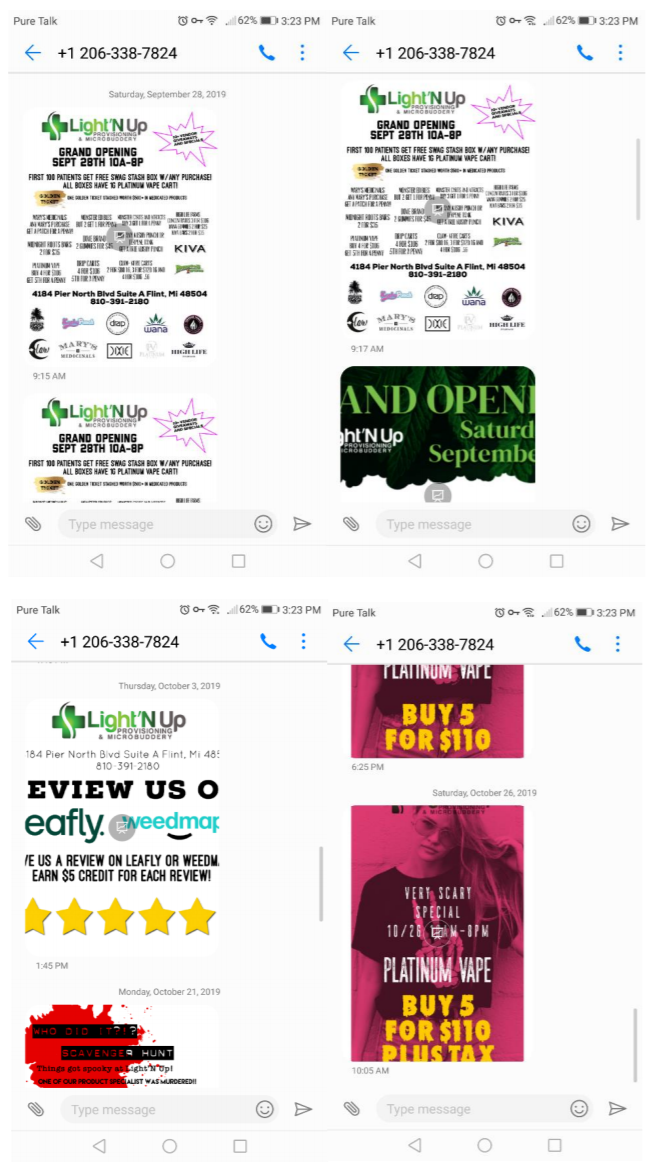 Per the complaint, the plaintiff never provided consent to receive the texts, which he believes were sent using automated technology given their generic nature. The suit alleges Light’N Up utilized a messaging platform that allowed the company to send thousands of automated text messages without human involvement.

The lawsuit explains that the TCPA prohibits any person from sending a text message to a non-consenting consumer’s cell phone using an automatic telephone dialing system—defined by law as equipment that has the capacity to store or generate phone numbers using a random or sequential number generator and to dial those numbers.

Upon information and belief, the defendant used a combination of hardware and software to send the messages at issue, the case says.

“The systems utilized by Defendant have the capacity to store telephone numbers using a random or sequential generator, and to dial such numbers from a list without human intervention,” the suit alleges.