A proposed class action claims the company that operates as Gage Cannabis has sent thousands of unlawful text messages in an effort to promote its products.

A proposed class action claims the company that operates as Gage Cannabis has sent thousands of unlawful text messages in an effort to promote its products.

The plaintiff in the case alleges he received “numerous” telemarketing text messages from the Michigan cannabis dispensary even after attempting to opt out of the campaign by replying “Stop”—the defendant’s preferred opt-out language—in March 2020. 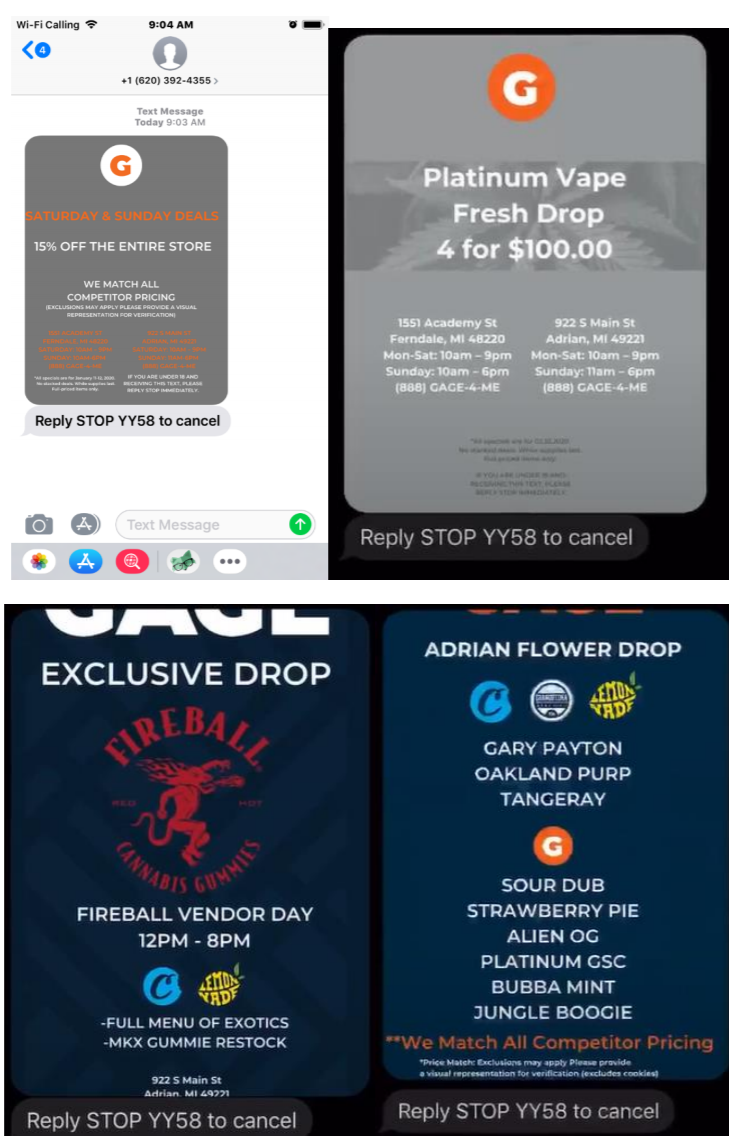 According to the suit, the messages were sent using an automatic telephone dialing system (ATDS), evidenced by the communications’ “impersonal and generic nature.” The plaintiff claims that he “[a]t no point in time” provided express written consent to be contacted via ATDS and specifically revoked any consent by opting out of the texts. Nevertheless, Gage Cannabis continued to send the promotional texts even after the plaintiff opted out, the case alleges.

The defendant’s texts violated the Telephone Consumer Protection Act, which prohibits entities from using an ATDS to send non-emergency telemarketing messages without obtaining the recipient’s prior express consent, according to the complaint.

The lawsuit alleges the defendant’s conduct has resulted in “invasion of privacy, harassment, aggravation, and disruption of the daily life of thousands of individuals.”