The plaintiff in the case says he received at least two text messages from the cannabis dispensary in June 2020 that advertised various promotions. Alleging the messages were sent using an automatic telephone dialing system (ATDS), the plaintiff claims he did not, at any point in time, provide express consent to be contacted using automated technology.

The platform used by the defendant is capable of generating sequential numbers and sending thousands of text messages without human involvement, the lawsuit claims. 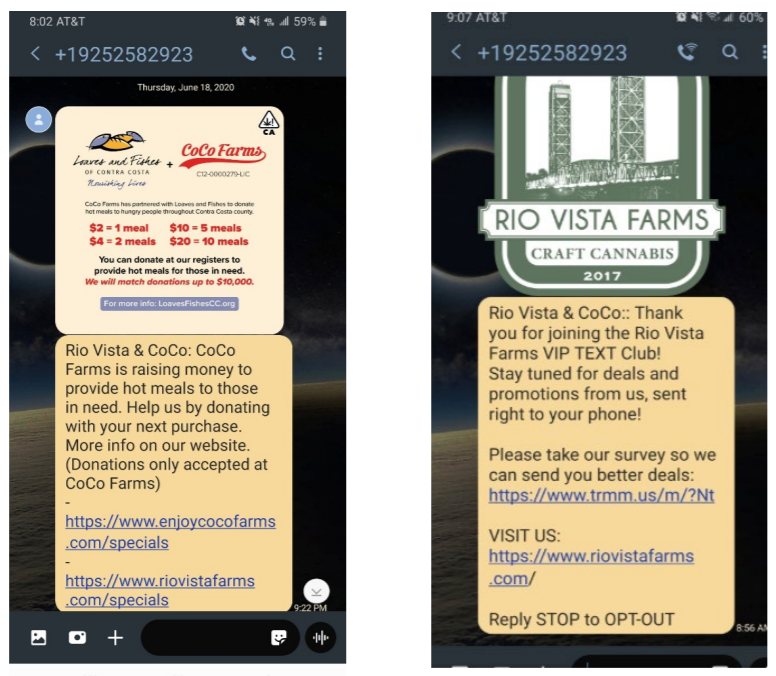 Moreover, the plaintiff says his cell phone number has been listed on the National Do Not Call Registry since 2004.

Under the TCPA, companies such as Rio Vista Farms are not permitted to send text messages to consumers’ cell phones using automated technology or prerecorded voice without first securing the recipients’ prior express consent to be contacted.

According to the case, the “impersonal and generic nature” of the messages received by the plaintiff indicates Rio Vista used automated technology to send them, and likely sent similar messages to thousands of others “without any human involvement.”

As a result of the unsolicited messages, the plaintiff experienced “actual harm,” including “invasion of his privacy, aggravation, annoyance, intrusion on seclusion, trespass, and conversion,” the lawsuit alleges, not to mention an inconvenience and disruption to his daily life.