A class action alleges a mandatory software update pushed out by iFIT has rendered the touchscreen monitors on the company’s products “totally inoperable."

A proposed class action alleges an automatic, mandatory software update pushed out by iFIT Health and Fitness has rendered the touchscreen monitors on the company’s products “totally inoperable,” leaving consumers unable to use the pricey machines. 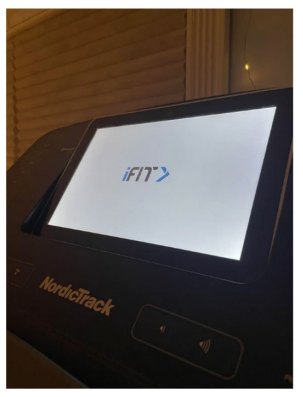 According to the 77-page case, iFIT, who sells in-home treadmills, stationary bikes, rowers and other equipment under the iFIT, NordicTrack, ProForm, Freemotion, Weider, Sweat, Vault and SpaceSaver brands, among others, did not inform consumers about the software update at issue, much less offer the option to accept or reject it.

The suit stresses that a consumer can only initiate and partake in a workout on iFIT equipment by using the mounted touchscreen console, many of which have allegedly been “stuck on error screens” as a result of the software update.

“The ability to stream iFIT classes to the equipment’s Consoles is the sole material distinguishing feature of the Class Devices, and the sole reason for the price premium paid for [the machines] when compared to similar fitness devices which are sold without iFIT,” the filing reads.

The lawsuit says iFIT has yet to fix the problem and instead suggested that consumers perform a “factory pinhole reset” of their machines. However, this remedy is ineffective as many users’ equipment remains uselessly bricked or otherwise shows a white screen, the suit claims.

When the factory reset fails to work, consumers have found it “nearly impossible” to reach a live iFIT customer representative, the lawsuit continues.

“One consumer reported that she has been on hold most of the day, and no one at iFIT actually answers the phone,” the filing reads.

The case claims at least one user was charged more than $625 by iFIT for a replacement touchscreen console. Another consumer, the suit says, reported that their machine’s screen went dead for more than three months.

The lawsuit alleges iFIT knew of the software update defect before placing its fitness equipment on the market and should have tested the update to make sure there were no issues.

“Defendant was the only party with the opportunity and ability to take that preventative measure,” the filing says. “Yet, Defendant made no effort to prevent or resolve the Defect prior to making Class Devices available for purchase.”

The lawsuit looks to cover all persons or entities nationwide who bought an iFIT device.