A California resident's class action lawsuit accuses Alter Eco Americas of failing to warn consumers that some of its dark chocolate bars contain unsafe levels of lead and cadmium.

The cases were filed in California in the wake of Consumer Reports’ December 2022 publication of an analysis of 28 dark chocolate products that showed that each of the chocolate bars, including those listed above, contained lead and cadmium, some at extremely dangerous levels.

The lawsuits charge that the defendants’ “concealment” of the potentially harmful contents of their dark chocolate bars amounts to a “reckless disregard” for the well-being of consumers nationwide. As no warnings about the possible presence of heavy metals in the products appear on their labels or packaging, consumers have a reasonable expectation that the dark chocolate bars are safe for consumption and do not contain any kind of dangerous substance, the cases argue.

Based on California’s maximum allowable dose levels (MADLs), one ounce of Alter Eco’s dark chocolate bar more than doubled the MADL of cadmium and contained 0.25 micrograms of lead, the filing against Alter Eco claims. The lawsuit against Endangered Species relays that though its dark chocolate bar did not show high levels of cadmium, it registered 1.8 times the MADL of lead in a one-ounce serving. 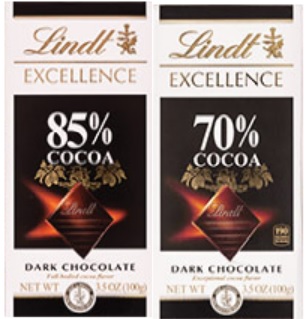 Exposure to lead and cadmium poses a serious threat to consumers as the heavy metals are associated with cancer, organ damage, neurological inhibition, and other severe health conditions, the complaints charge. Lead is linked to brain damage, anemia, seizures and reproductive complications, the lawsuits say.

“Lead can also cross the fetal barrier during pregnancy, exposing the mother and developing fetus to serious risks, including reduced growth and premature birth,” the cases add.

Further, the complaints share that exposure to cadmium—identified by the World Health Organization as a class 1 carcinogen—can also cause anemia and damage vital systems in the body. 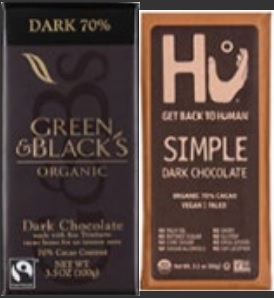 Per the filings, the defendants had been warned in previous years by a consumer advocacy group whose analyses showed the companies’ dark chocolate bars registered dangerous and “excessive” levels of the heavy metals.

Like other consumers, the plaintiff believed she was purchasing goods that were safe for consumption and did not contain toxic heavy metals, the suits claim. She would not have purchased the dark chocolate bars at all if she had known they contained cadmium or lead, the complaints contend.

The lawsuits look to represent anyone in the United States who purchased any or all of the dark chocolate bars listed on this page for personal use since January 11, 2019.