Ricoh Imaging Americas Corporation faces a class action that alleges the Pentax K-70 camera suffers from an aperture issue that can cause images to come out overly dark.

Ricoh Imaging Americas Corporation faces a proposed class action that alleges the Pentax K-70 model camera suffers from a persistent aperture issue that can cause images to come out overly dark. Mirroring a case filed against Ricoh in May 2020, the 12-page lawsuit claims the exposure issues plaguing the Pentax K-70 stem from the failure of the camera’s armature, or plunger, a horseshoe-shaped part controlled by a solenoid’s magnetic force and responsible for shrinking or enlarging the aperture. Customers outside of the camera’s warranty period have been left to pay hundreds of dollars on repair and shipping costs for a flaw allegedly known to Ricoh, or be left with a camera that is non-functional, the suit says.

“Had Plaintiff and proposed class members known the truth, they would not have bought the Product or would have paid less for it,” the lawsuit says. “The Product is sold for a price premium compared to similar products, from $750 to $1200 purchased new and between $540 to $650 when purchased used, a higher price than it would otherwise be sold for, absent the misleading representations and omissions.” 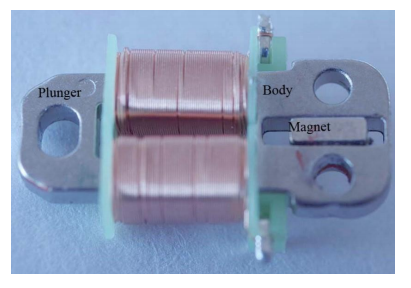 The shrinking or enlarging of a camera’s aperture allows for less or more light to reach its internal sensor, affecting an image’s brightness, the suit begins. A wide aperture results in a brighter photo while a smaller one makes for a darker picture, the case relays. The aperture inside the Pentax K-70 is controlled by a solenoid containing a coil of wire through which a current flows, which creates a magnetic flux to push or pull the horseshoe-shaped armature, according to the case.

Per the suit, the cause of the Pentax exposure problem stems from the coil assembly, which contains a fixed magnet that keeps the armature engaged. The magnet energizes the coil and creates an opposing magnetic force, which allows the armature to be withdrawn, the case says. According to the complaint, however, the horseshoe-shaped plunger, or armature, retains residual magnetism that eventually causes the magnetic force produced by the coil to be too weak to overcome the combined force of the fixed magnet and magnetized plunger and allow the armature to release, the lawsuit claims.

Reasons for the failure of the armature to release include the “relatively higher coercivity of the armature material” than that used in older Pentax camera models, the suit says. Per the complaint, the problem could have been averted had the K-70 used low coercivity material, such as soft iron, for the plunger.

Some Pentax users have devised their own fixes for the apparent defect, including by activating the coil to produce a reverse magnetic field, which cancels the fixed field and demagnetizes the armature, the suit goes on. Another option, per the case, is taking multiple pictures rapidly, so as to also demagnetize the armature, or filing the part to reduce the coupling to the fixed magnet and slow down the buildup of residual magnetism.

The suit states, however, that because the magnetic structure of the coil assembly is unchanged, the armature will gradually become remagnetized and pose the same issues for camera users. Some users, the case says, have reported success by replacing the Pentax solenoid with a prior version of the part from a different manufacturer, a repair that requires “detailed knowledge, specialized tools, hard-to-find parts from used cameras, and the ability to disassemble and reassemble the Product,” something for which the average user may not be equipped.

“The way in which this problem manifests makes this more likely to occur when the Product is not regularly used,” the complaint claims. “In some instances, it could take several years for the buildup of magnetism to cause aperture block failure. This explains why this phenomenon occurs in the presence of low shutter count and ‘older,’ but unused cameras.”

The lawsuit looks to cover Colorado residents who purchased the Pentax K-70 during the applicable statute of limitations.