A class action alleges Folgers has overstated the number of cups that can be made from the contents of its ground coffee products.

A proposed class action alleges The J.M. Smucker Company and The Folger Coffee Company have overstated the number of cups that can be made from the contents of Folgers ground coffee products. 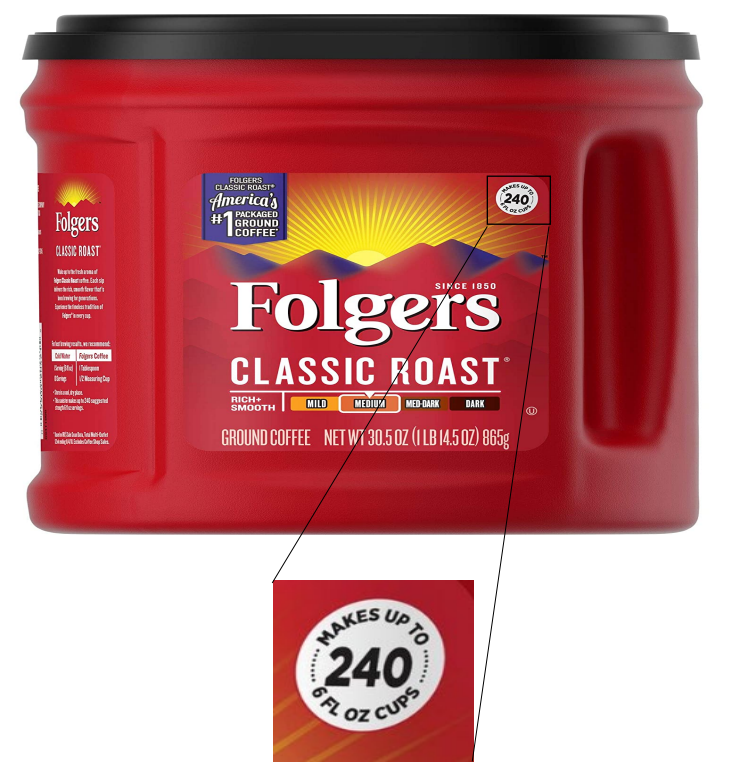 Per the case, although the front label on each canister of Folgers ground coffee states that the package can produce a certain number of servings—for instance, “MAKES UP TO 240 6 FL OZ CUPS”—consumers cannot make anywhere close to the advertised amount when the defendants’ brewing directions are followed.

“Indeed, it is a classic and unlawful bait-and-switch scheme that causes unsuspecting consumers to spend more money for less than the advertised amount of coffee they believe they are purchasing,” the complaint scathes.

The case claims a simple calculation reveals that the amount of ground coffee in each Folgers canister does not measure up to the number of servings represented on the front label.

The lawsuit claims the same calculations can be applied to all of the defendants’ Folgers products, and reveal that the contents of each canister are unable to produce “anywhere near” the advertised number of cups of coffee. Per the suit, at least 42 varieties of Folgers products contain “substantially less” ground coffee than required to make the advertised number of servings stated on the packaging, revealing what the lawsuit calls a “systemic course of unlawful conduct” on the part of the defendants to deceive consumers.

The lawsuit echoes allegations in several other cases filed against Folgers, a handful of which have been consolidated into multidistrict litigation.