A Pennsylvania man claims in a proposed class action lawsuit that American Eagle Outfitters, Inc. has infringed on the rights of customers with mobility disabilities by restricting their access to paths of travel within its retail stores.

A Pennsylvania man claims in a proposed class action lawsuit that American Eagle Outfitters, Inc. has infringed on the rights of customers with mobility disabilities by restricting their access to paths of travel within its retail stores.

Alleging violations of the Americans with Disabilities Act, the lawsuit out of Pennsylvania federal court claims that American Eagle store aisles are frequently blocked or narrowed by merchandise, displays, stocking equipment, and other items so as to make them impassable by customers who use wheelchairs. 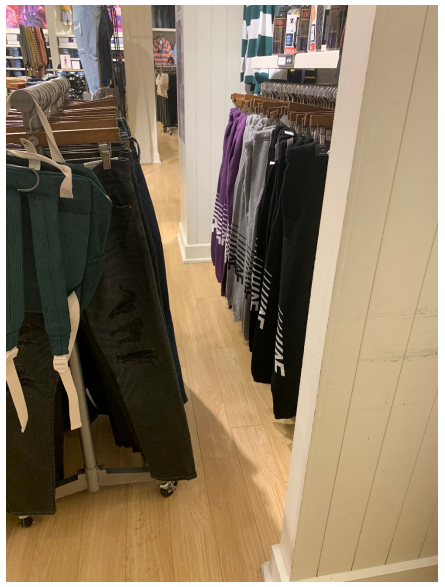 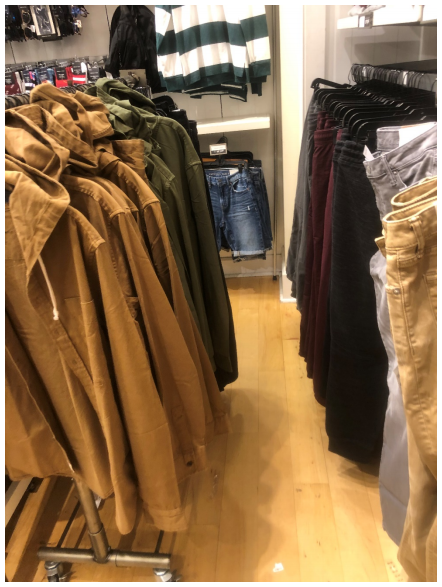 The plaintiff, who uses a wheelchair for mobility, says his investigator traveled to several American Eagle locations in Pennsylvania and discovered that alleged accessibility barriers were present in at least 14 stores. According to the complaint, this suggests that the apparent violations are a policy and practice centralized to the defendant’s operations across all of its approximately 800 locations. From the complaint:

“The access barriers described herein are not temporary and isolated. They are systemic, recurring, and reflective of Defendant’s marketing and store policies and practices. Plaintiff has encountered the same barriers on multiple occasions and has been repeatedly deterred from accessing Defendant’s goods and services as a result.”

Worse, the lawsuit posits that the defendant’s conduct is not only a negligent violation of the ADA but is an intentional move “driven by a calculated judgment that impeding interior paths of travel increases sales revenue and profits.” In that light, the case claims American Eagle has “put[] profit ahead of the rights of people with disabilities” by restricting their full and equal access to the retailer’s goods and services.

The plaintiff, who says he intends to return to the defendant’s stores once they are compliant, seeks to represent anyone with a qualified mobility disability who experienced or will experience access barriers in any store owned or operated by the defendant, with a separate proposed class for stores within Pennsylvania.