Fiat Chrysler faces more allegations that the active head restraint systems found in certain vehicles can unexpectedly burst open “with great speed and force” and strike drivers and passengers in the back of the head, posing a significant injury risk.

Echoing a case filed in March, the 36-page lawsuit alleges FCA US LLC and Grammer Industries have intentionally misrepresented or concealed from American drivers that millions of vehicles are equipped with critically defective headrests that can suddenly deploy, without any collision, due to their construction with weak plastic components and a chemically reactant coating. 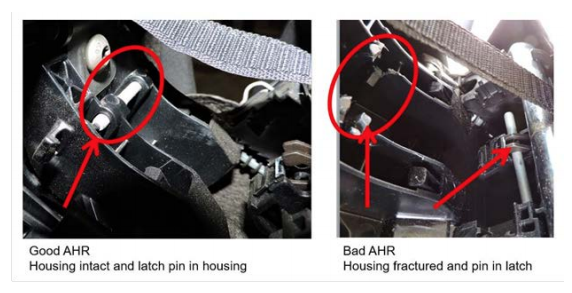 “In fact, at all times relevant to this complaint, FCA and Grammer knew, or should have known, that the AHR [Active Head Restraint] Systems were defective and posed a risk to consumers and the public,” the complaint alleges. “Nevertheless, they represented that the AHR Systems, and the vehicles outfitted with those systems, were safe.”

The suit stresses that in addition to the injury risk, the “gunshot-like” shot made by an active head restraint that has deployed unexpectedly can startle and distract a driver, posing a crash risk.

The plaintiffs, a husband and wife residing in Fall River, Massachusetts, say one of the defendants’ headrests deployed without warning while the woman was driving a 2015 Jeep Grand Cherokee, striking her in the back of the head despite the fact the vehicle was not involved in an accident.

According to the lawsuit, Fiat Chrysler began outfitting certain vehicles in 2010 with Grammer-made active head restraint systems purportedly designed to mitigate the risk of whiplash during an accident. The active head restraints are comprised of front and back padded sections with springs found in between, the case states, explaining the front portion contains a plastic bracket, called the “sled,” with a metal “striker pin” while the back section contains a hook connected to a sensor.

When the headrest is un-deployed, or “loaded,” the springs in the middle of the device are compressed, with the hook grabbing the striker pin and thereby holding the headrest together, the suit reads.

Upon detecting a rear-end impact, the sensor in an active head restraint will cause the hook to release the striker pin, deploying the front portion of the headrest in order to catch the head of the seated driver or passenger, the lawsuit continues. Per the case, the front portion of the headrest deploys at 67 miles per hour and with approximately 120 pounds of force.

The lawsuit says, however, that the striker pins and plastic “sleds” used by Fiat Chrysler and Grammer in the active head restraints can cause the device to deploy without warning. The culprit, according to the complaint, is the defendants’ use of a weak plastic polymer for the “sled” piece, which has a “negative reaction” with a chemical compound present in a coating used on the striker pins.

“The plastic polymer is not robust enough to withstanding interaction with the compound,” the case asserts.

Ultimately, when the compound coating the striker pin contacts the plastic polymer sled—and the two components are subject to the pressure of a “loaded” headrest—the plastic can crack due to the stress, leading the headrest to burst apart, the lawsuit says.

The plaintiffs allege the defendants have “refused to accept responsibility” for the defective active head restraints. Instead, Fiat Chrysler has “routinely” accused drivers of tampering with the device and demanded they cover repair costs, which can exceed $800, the lawsuit claims.

“Consumers who are unable to meet FCA’s price are left to drive without a headrest, with a deployed headrest, or using ropes or other fasteners to provide a makeshift mechanism to keep the headrests together,” the case reads, claiming that Fiat Chrysler has, in other instances, merely replaced the defective part with un-deployed yet similarly faulty headrests.

Had drivers known that their vehicles may be equipped with a defect active head restraint system, they would not have bought the cars, or would have paid less, the lawsuit says.

According to the case, Fiat Chrysler and Grammer have known of the apparent defect since at least 2010, and have received notice of “thousands of reported failures.”