A class action alleges scores of Dodge, Jeep and Chrysler vehicles are equipped with Grammer AG-made active head restraints that can deploy without warning.

Five drivers allege in a proposed class action that the “active head restraint” (AHR) headrests found in certain Chrysler vehicles and manufactured by Grammer AG suffer from a defect. 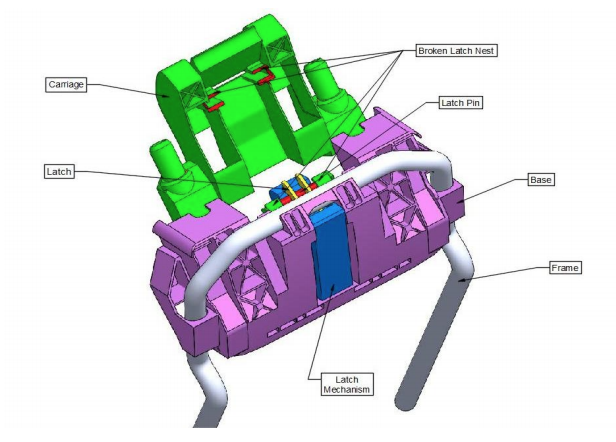 The 65-page lawsuit out of Florida alleges that although FCA US and Grammer AG’s active head restraint is meant to spring forward in the event of a rear-end collision to catch a vehicle occupant’s head to prevent whiplash, the feature can “deploy without warning or external force from a collision, and forcefully strike the back” of a driver or passenger’s head. Describing the apparent defect as common and uniform, the case claims the force of the impact to the back of a vehicle occupant’s head and neck can cause serious injury and creates an additional accident risk should the defect manifest suddenly while a vehicle is in operation.

According to the lawsuit, the cause of the defect is the failure of a “cheap plastic component” inside the defendants’ AHR. Specifically, the feature contains a plastic bracket that acts as the triggering mechanism and holds the feature’s spring-loaded release in place until a sensor signals that the vehicle has been hit in its rear, the case explains. As a “cost-saving measure,” the plaintiffs say, Chrysler and Grammer AG designed the AHR bracket with “an inferior and inexpensive form of plastic” that can crack and break down prematurely due to the 75 pounds of constant pressure applied by the AHR’s springs onto the bracket.

As the plaintiffs tell it, owners and lessees of the following vehicle models have no way of knowing when an AHR headrest may deploy without a rear-end collision:

Citing, among other data points, design reports, pre-production testing, plastic aging tests and consumer complaints submitted to the National Highway Traffic Safety Administration (NHTSA), the lawsuit alleges Chrysler and Grammer AG became aware of the issue with the AHR headrests no later than 2010. The case spotlights Grammer AG’s alleged awareness of the defect, in particular in that the company’s AHR headrests have been the subject of a number of incidents—and at least one lawsuit—involving Mercedes-Benz vehicles.

The lawsuit scathes that despite possessing exclusive and superior knowledge of the AHR headrest defect, Grammer AG continued to manufacture the AHRs and Chrysler continued to equip its vehicles with the feature while “refusing” to issue a recall, fix the problem or reimburse drivers for out-of-pocket expenses.

“To the contrary,” the suit says, “when presented with deployed, defective headrests, Chrysler refuses to cover the cost of replacing the defective AHR after it spontaneously deploys, blaming the consumer and disclaiming any responsibility."

Due to what the lawsuit claims is the defendants’ “fraudulent concealment” of the apparent AHR defect, buyers and lessees have been deprived of the benefits of their bargain in paying for the above-listed vehicles. The plaintiffs aim to compel Chrysler and Grammer AG to both notify owners of all affected vehicles as to the AHR defect and fix the problem.

According to the case, consumers would not have bought or leased the affected vehicle models—or would have paid far less for the cars—had they known of the AHR issue.