A class action alleges FCA has failed to disclose that 2015-2019 Dodge Challengers and Chargers are equipped with a defective rear differential.

A proposed class action alleges FCA US has failed to disclose that 2015-2019 model year Dodge Challengers and Chargers with a V8 engine are equipped with a defective rear differential too weak to handle the vehicles’ horsepower and torque loads. 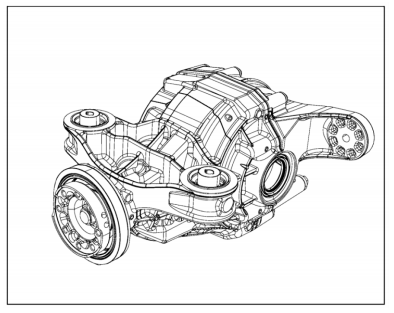 The 100-page complaint alleges FCA has materially misrepresented the Challenger and Charger, including 2015-2019 SRT Hellcat models and the 2018 Demon model, as track-capable and intended for high-performance use while failing to divulge that the vehicles’ rear differential, a component of the rear axle meant to compensate for the difference in distance between the inner and outer rear wheels while turning, is “not adequately designed and/or manufactured for the torque loads of the engines and transmissions exerted during acceleration.”

Specifically, a vehicle’s rear differential is a critical driveline component in that it allows the rear tires to move in the same direction while rotating at different speeds and transfers a vehicle’s horsepower and torque to the rear wheels. As a result of the apparent defect, the vehicles’ high torque loads degrade the rear differential—which connects the transmission to the axle shaft, allowing the engine to propel the vehicle forward or backward—and causes it and its internal components, including but not limited to the ring gear, pinion gear differential housing and/or axles, to fail, the lawsuit claims.

According to the case, the Challenger/Charger rear differential defect stems from sub-standard, inconsistent and improper manufacturing procedures, including the use of substandard materials for the housing, mounting points, mounting hardware and gears and bearings, and poor quality control measures to ensure the defective part does not reach consumers.

“The Defect causes unsafe driving conditions because the Class Vehicles have a significantly greater chance of failing while being driven,” the lawsuit, filed in Delaware federal court, alleges.

As the case tells it, the rear differential defect causes not only an “uncomfortable and unsafe” driving condition but leads to “escalating repairs and repair costs,” including to replace the differential with another. When the Challenger and Charger’s rear differential fails, it often explodes, sending shrapnel into the vehicle’s undercarriage and damaging ancillary parts that will also require repair or replacement, according to the suit. Prior to catastrophic failure of the rear differential, metal shavings and other particulates contaminate the highly viscous differential oil, increasing friction and heat, the case adds.

For its part, FCA has been unable to resolve the rear differential problem, meaning all drivers will need to replace the component before the end of its useful life while facing the risk that it might explode due to premature failure, the lawsuit says. Moreover, the defect substantially decreases the value of proposed class members’ Challengers and Chargers, per the case. The lawsuit stresses that the vehicles were sold at “thousands of dollars above the list price and/or double or triple the price of the base model Charger and Challengers” given the fact that muscle car/performance car enthusiasts were willing to pay a premium for such high-performance machines.

Even if a driver repairs or replaces the rear differential, with the hope that FCA will cover the cost, the automaker, given its current availability of replacement parts, may swap in “inherently defective parts” or “another defective part in its place,” the complaint alleges.

“For the same reason, repairing the Class Vehicles does not cure the Differential Defect, but merely leaves the vehicles with the same defective parts that permanently decrease the Vehicle’s value,” the plaintiffs contend. “As such, the Differential Defect endangers the drivers and passengers of the vehicles. It creates uncertainty for drivers of the Class Vehicles, who cannot rely on their vehicles to operate consistently, reliably, or safely.”

The lawsuit claims FCA US knew that 2014-2019 Dodge Challenger and Charger vehicles were plagued by the rear differential defect yet intentionally concealed and failed to disclose such to the public, or provide a fix. With regard to the upgraded Hellcat and Demon models, the case similarly contends FCA touted the cars’ apparent track-ready capabilities, going so far as to label the vehicles with a Street & Racing Technology (SRT) badge despite equipping them with inadequate rear differentials.

“These defects manifest not only in the rear differential’s inability to withstand the high-performance demands of racetrack use, but also by creating dangerous driving conditions when drivers are operating the Class Vehicles on public roadways,” the suit says.

The lawsuit looks to represent a nationwide class of individuals who bought or leased a 2015-2019 Dodge Charger Hellcat, 2015-2019 Challenger Hellcat or 2018 Demon. The case also proposes to cover subclasses of drivers fitting the same criteria in California, Florida and New York.