A class action alleges Trader Joe’s Honey Graham Crackers are misleadingly labeled in that the product is made predominantly with white flour instead of whole wheat graham flour.

A proposed class action alleges Trader Joe’s Honey Graham Crackers are misleadingly labeled in that the product, unbeknownst to consumers, is made predominantly with white flour instead of whole wheat graham flour, and sweetened with sugar instead of honey. 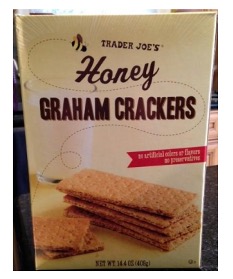 The 20-page suit contends that consumers who view the representations on the product’s front label—which include the name “Honey Graham Crackers,” a stylized honeybee, a “No Artificial Colors, Flavors, or Preservatives” statement and a picture of dark-hued crackers—would expect the crackers to be made predominantly with whole grain graham flour and sweetened mostly with honey. According to the complaint, however, the graham crackers’ ingredients list reveals that enriched flour, not whole wheat flour, is the product’s primary flour ingredient, and that conventional sugars predominate over the presence of honey.

Federal and state laws prohibit false and deceptive food labeling, the suit says, alleging Trader Joe’s has sold more of the Honey Graham Crackers, and at higher prices, than it otherwise would have absent the allegedly misleading labeling.

The lawsuit stresses that consumers value foods made with whole grain flour—which uses all three parts of the grain as opposed to enriched flour, which uses only the endosperm—because they are higher in fiber. Per the suit, reasonable consumers associate “graham” with whole grain flour and would therefore expect the Trader Joe’s Honey Graham Crackers to be a good source of fiber.

The case alleges, however, that whole grain flour amounts to roughly 25 percent of the amount of refined flour in the product, meaning the crackers are not, in fact, a good source of fiber.

The suit goes on to claim that the honey in the graham crackers is used not to sweeten them but to impart a darker color that the plaintiff says furthers the misleading impression that the product is made with mostly whole grain flour.

Although many consumers prefer honey over sugar as a sweetener because it’s perceived to be healthier, the Trader Joe’s Honey Graham Crackers contain only a small amount of honey and are instead sweetened with sugar and dried cane syrup, according to the complaint.

Moreover, the lawsuit claims Trader Joe’s included “Natural Flavor” in its Honey Graham Crackers to impart a honey taste and further mislead consumers into believing the product contains more honey than it actually does.