A class action claims the label for PICS low-fat vanilla yogurt states that the product contains “other natural flavors” when it is artificially flavored.

A proposed class action claims The Price Chopper has deceived consumers by representing that its PICS low-fat vanilla yogurt contains “other natural flavors” when, in truth, the product is artificially flavored. 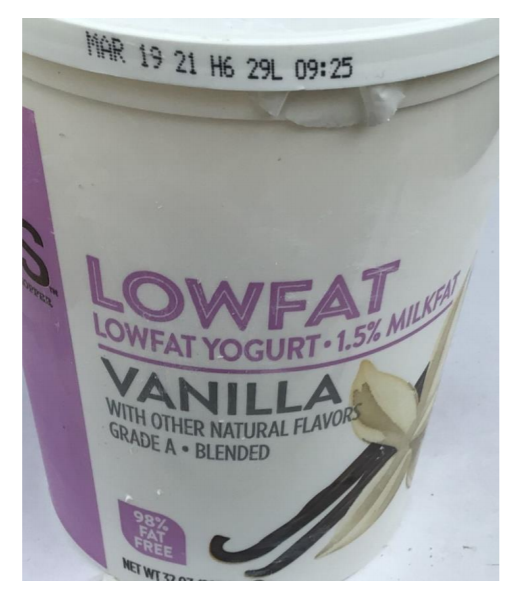 According to the lawsuit, consumers who view the “vanilla” representations, which include a picture of a vanilla bean and vanilla flower, on the PICS yogurt label would never expect that the product contains only a trace amount of vanilla from the vanilla plant, and is flavored mostly with artificial vanillin. Per the case, The Price Chopper has attempted to capitalize on consumers’ desire to avoid artificial flavors by failing to disclose the presence of such on the yogurt’s front label.

“Defendant knows that consumers prefer foods with natural and not artificial flavors, which is why it describes the Product as containing ‘Other Natural Flavors’ instead of ‘Artificially Flavored,’” the complaint attests.

The lawsuit says vanillin, the “major component” of vanilla flavor, can be derived either naturally from the vanilla plant or through artificial processes from guaiacol (coal tar or petroleum), eugenol (clove oil), ferulic acid or lignin (tree pulp). Vanillin from a non-vanilla source is always considered to be an artificial flavor, according to the suit.

According to the case, scientific testing commissioned by the plaintiff’s counsel has revealed the PICS low-fat yogurt product contains artificial vanillin. The suit argues that the vanillin in the product must be artificial, and not natural, given natural vanillin is not isolated commercially but is a component of vanilla extract. Because the vanillin in the yogurt was present in such high amounts and unaccompanied by expected amounts of other aromatic compounds normally found in vanilla, it is likely that the product was flavored with artificial vanillin, and contains only a trace amount of real vanilla, the complaint says.

According to the lawsuit, the defendant is required under food labeling laws to state the presence of artificial flavors on the PICS yogurt’s front label instead of using the “with other natural flavors” descriptor. Moreover, the product’s ingredients list states that it contains only “Natural Flavors” without any reference to vanilla, the suit says.

Reasonable consumers who view the PICS label representations would likely be unaware that the yogurt contains artificial vanillin and were misled into paying a premium price for the product, the lawsuit attests.

“Defendant misrepresented the Product through affirmative statements, half-truths, and omissions,” the complaint alleges. “Defendant sold more of the Product and at a higher price than it would have in [sic] absence of this misconduct, resulting in additional profits at the expense of consumers.”