Natrol’s Liquid Melatonin is not “100% Drug-Free” as represented on product labels given the supplement contains ethyl alcohol, a class action alleges.

Natrol’s Liquid Melatonin is not “100% Drug-Free” as represented on product labels given the supplement contains ethyl alcohol, a proposed class action alleges. 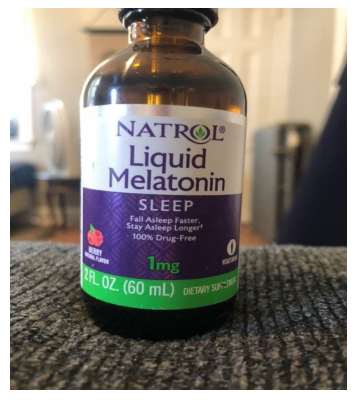 The 13-page case in Massachusetts more specifically claims that Natrol Liquid Melatonin, despite the “100% Drug-Free” representation on its front label, is made from 10 percent ethyl alcohol, a clear, colorless liquid used as the principal ingredient in beverages that include beer, wine and brandy. According to the lawsuit, the claim that Natrol Liquid Melatonin, which is said to help with occasional sleeplessness and improve overall sleep, is “100% Drug-Free” was important and material to the plaintiff, who the suit says is a recovering alcoholic who abstains from products containing drugs or alcohol, no matter the percentage.

According to the complaint, defendant Natrol, LLC has deceived Massachusetts consumers into buying and consuming a product containing alcohol on the “false premise” that the liquid melatonin is “100% Drug-Free.”

Per the case, the “100% Drug-Free” claim for Natrol Liquid Melatonin was part of a broad, pervasive marketing scheme directed to all consumers without geographic limitation. Claims as to whether a product contains alcohol or drugs are important to reasonable consumers given many place a greater value on “drug-free” products, particularly those within the health, wellness and supplements industry, the case relays.

The suit contends that in light of the “inescapable fact that alcohol is plainly a drug,” a reasonable consumer would understand the phrase “100% Drug-Free” to mean a product was free of all drugs, including alcohol.

According to the complaint, the plaintiff realized over the summer that Natrol Liquid Melatonin was not drug-free while talking with a friend about feeling “hungover, groggy, depressed and lethargic.”

The lawsuit looks to represent all consumers who have bought Natrol Liquid Melatonin products in Massachusetts that were labeled “100% Drug-Free.”