A class action alleges Mattress Firm’s Bed Tech bed frames suffer from an identical design defect that can cause the now-recalled products to collapse, posing a crush hazard that can cause severe injury or death.

A proposed class action alleges Mattress Firm’s Bed Tech bed frames suffer from an identical design defect that can cause the now-recalled products to collapse, posing a crush hazard that can cause severe injury or death. 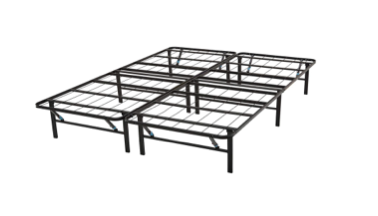 The 18-page lawsuit out of New York claims the defect makes the Bed Tech bed frames unreasonably dangerous, in particular given the prone position of those lying on top of the bed, and that the product “can collapse at any time.”

“This defect rendered the Product unsuitable for its principal and intended purpose,” the complaint alleges, claiming the plaintiff, a Yonkers, New York resident, would not have bought a Bed Tech frame, or would have paid less for the product, had he known of the issue.

The case, filed on April 8 in New York’s Southern District Court, calls the defendant’s March 2021 recall of its Bed Tech bed frames a “sham” in that the entirety of the remedy made available to consumers was the ability to contact the manufacturer and “request metal clips to strengthen the frame.” No financial compensation was made available to Bed Tech frame buyers, the lawsuit says.

According to the lawsuit, the specific Bed Tech frames plagued by the apparent collapsing defect have the model numbers HR33, HR33XL, HR46, HR50, HR60 and HR66.

The case claims the plaintiff’s Bed Tech products “began to malfunction shortly after he purchased them.” Per the complaint, the legs of the bed frame would often fold in, causing the mattress to fold in the middle as well.

About 82,000 units of Bed Tech bed frames have been sold in the United States for approximately $200 each, the lawsuit says. For its part, Mattress Firm has “thus profited enormously from its failure to disclose the Product Defect sooner,” the complaint alleges.

“The Product Defect at issue here involves a critical safety-related component of the Product, and it was unsafe to operate the Product with the defective frame. Defendant had knowledge of the defect, which was not known to Plaintiff or class members.”

According to the lawsuit, Mattress Firm, prior to last month’s recall, received reports about HR Platform bed frames collapsing, which the suit says indicates the company “knew or should have known” of the problem yet continued to sell the product anyway. Mattress Firm and the bed frames’ manufacturer have received “at least 100 reports” of the product collapsing, the suit says.

The lawsuit looks to represent all consumers in the United States who bought from Mattress Firm a Bed Tech bed frame with any of the model numbers listed above.