A class action alleges the LeafFilter gutter system suffers from a defect that causes the product to be unable to function properly in moderate to heavy rainfall, among other issues.

LeafFilter North, LLC faces a proposed class action that alleges the company’s gutter protection system suffers from a defect that prevents the product from functioning as it’s supposed to in the event of moderate or heavy rainfall. 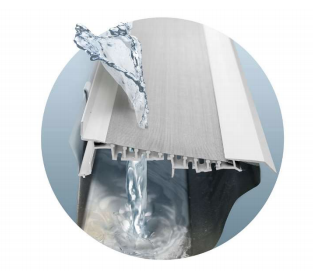 According to the 36-page suit, the apparent defect prevents substantial amounts of rainwater from passing through the LeafFilter system’s micromesh surgical steel covering, which causes the water to flow over the top of the product and damage consumers’ homes, foundations, landscaping and sidewalks. Further, the latent defect allows debris to accumulate on top of the LeafFilter system, which then requires consumers to climb a ladder to clean the product off, the lawsuit says. 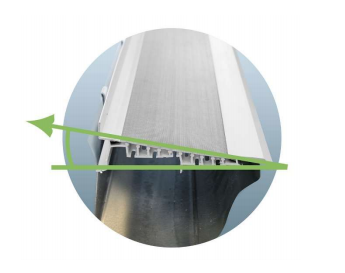 As a result, proposed class members were “deceived” into buying the LeafFilter system, the suit contends. For its part, LeafFilter North, the self-proclaimed largest gutter protection company in the country, has “known for years, and actively concealed” the apparent defect plaguing its gutter protection system, according to the lawsuit.

“The defect renders the product unfit for its intended purpose as it substantially reduces the ability of water to enter the gutters on which it is installed,” the complaint, filed in Ohio federal court, claims, contending that consumers would not have bought the defendant’s product, or would have paid less for it, had they known of the above-described issues.

The LeafFilter system is sold by the defendant with a fully transferrable, lifetime money-back warranty and no-clog guarantee, the case says, noting that LeafFilter North advertises in particular to elderly individuals who may lack the physical ability to climb a ladder to clean gutters. The case stresses that the defendant’s representations of the LeafFilter system are uniform across all of its marketing channels, and the company claims that “[w]hen our ladder goes up, yours goes down forever.” The product itself is a patented three-piece system that the defendant touts as able to effectively accept and manage water while shedding debris, the lawsuit relays. Per the complaint, the system relies on a Micromesh surgical steel screen to filter out debris and is made from a uPVC frame that will purportedly never warp or deteriorate. The third piece of the LeafFilter system is the structural hangers, hidden internal fasteners to attach the system to a home’s fascia board, the suit says.

The alleged problems begin to arise in the event of moderate or heavy rains, the plaintiffs say, alleging that it is never disclosed to consumers that the LeafFilter system reduces the ability of a home’s existing gutters to handle rainwater.

The lawsuit aims to cover all consumers in the United States who bought LeafFilter during the applicable limitations period, as well as Ohio- and Illinois-only subclasses.