A class action aims to stop New Mexico from halting the return to in-person learning in 10 of its 33 counties.

A lawsuit looks to secure a temporary restraining order to prevent New Mexico from “denying” children in the southern and southeast regions of the state an equal, free and appropriate education.

The 16-page proposed class action looks to represent those with school-aged children in New Mexico’s Chaves, Curry, Doña Ana, Eddy, Hidalgo, Lea, Luna, McKinley, Quay and Roosevelt Counties who, according to the plaintiffs, are being denied a constitutionally protected education as a result of the state’s delay on returning to in-person schooling in 10 of its 33 counties. 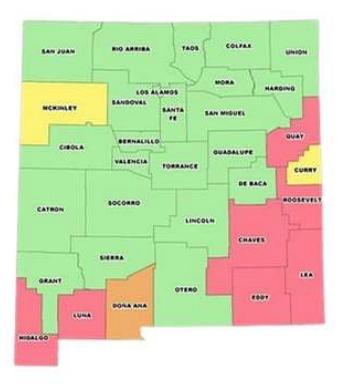 The lawsuit charges children living in the 10 counties prohibited from returning to in-person learning have been, among other constitutional violations, unlawfully deprived of their rights under the Individuals with Disabilities in Education Act (IDEA). Per the complaint, the defendants have failed to offer any viable administrative remedy to cure violations of IDEA or provide children with special needs a free and appropriate public education.

At any rate, local school boards and schools are to be the ones who address modifications to children’s individualized education plans, the case continues. The plaintiffs present that under the current COVID-19 mandates in New Mexico, not even the state educational agency could fashion a remedy under IDEA that provides children with special needs in the affected counties an opportunity for the requisite “full benefits of a free and appropriate education in an integrated, least restrictive educational environment.”

“The continued denial of in-person instruction to some of New Mexico’s children will deprive them of an equal education, deprive them of critical if not life-saving socialization, increase the exposure of those children to physical, emotional and sexual abuse, and will cause extreme damage to children with special needs,” the plaintiffs allege, arguing that the “casual” link between denying an in-person education and the spread of COVID-19 is “attenuated at best.”

The plaintiffs characterize the defendants’ actions in closing certain counties to in-person learning “arbitrary and capricious, lacking any justification in law or science, and … done in retaliation for punitive purposes based upon a perception that these communities were denying the authority of the Governor.”

ClassAction.org’s coverage of COVID-19 litigation can be found here and over on our Newswire.