According to the 32-page lawsuit, Pret A Manger has capitalized on consumers’ desire for healthy foods by falsely advertising its snacks, sandwiches, wraps, salads and baked goods as “natural” when the products actually contain soya, a genetically modified organism (GMO), and other synthetic ingredients. Pret A Manger has touted that its foods are “natural” everywhere from the company’s ubiquitous logo and signage at stores to many of the products’ labels, the case says. 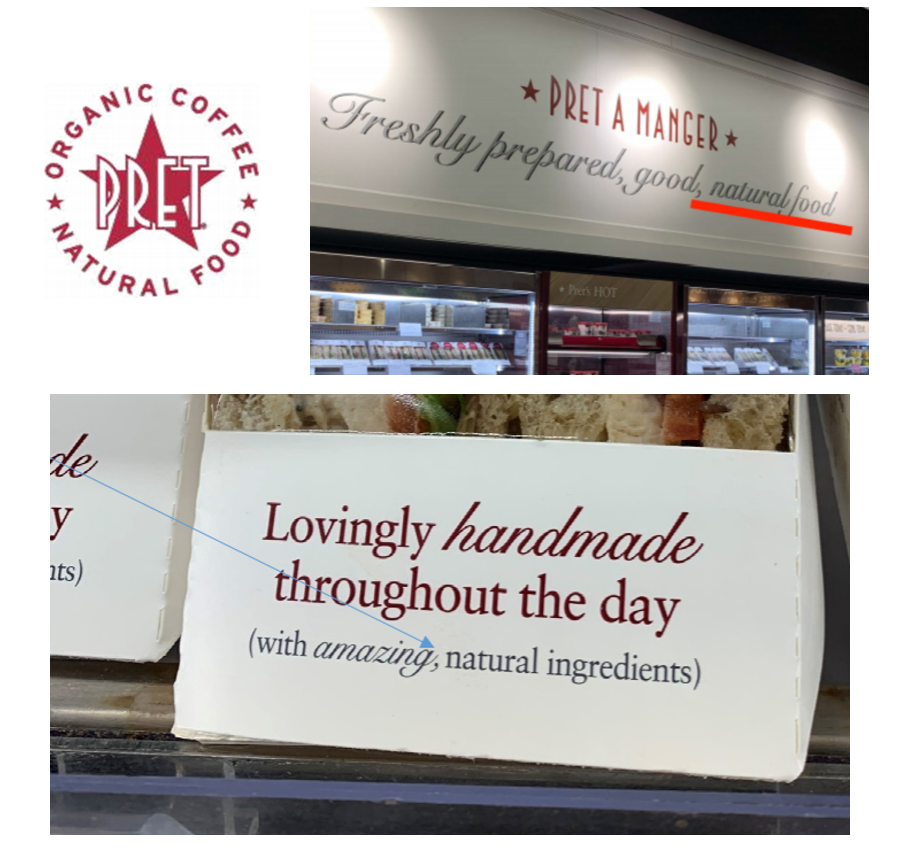 Despite the defendant’s claims, the lawsuit alleges Pret A Manger’s products cannot be described as “natural” given they contain various combinations of maltodextrin, citric acid, lactic acid, malic acid, ascorbic acid, and mono- and diglycerides, among other purportedly synthetic substances. Many of the company’s products also contain soya, a GMO the case says cannot be considered natural because it comes from “seeds that have been modified in a laboratory.”

Citing a guidance decision tree published by the U.S. Department of Agriculture, the lawsuit argues a reasonable consumer’s understanding of the word “natural” would not include the synthetic substances and GMOs allegedly found in the defendant’s products.

“Reasonable consumers do not expect a synthetic chemical with suspected health concerns to be found in a product marketed as ‘natural,’ which makes Pret A Manger’s ‘Natural Food’ representation deceptive and misleading,” the lawsuit argues.

The case adds that a reasonable consumer cannot be expected to determine whether Pret A Manger’s food contains synthetic chemicals or GMOs “merely by reading the ingredients label” given such a conclusion requires “a scientific investigation and knowledge of chemistry beyond that of the average consumer.”

According to the case, proposed class members paid a premium price based on the defendant’s “natural” representations for foods that “were worth less than the Products for which they paid.”