A class action claims Costco misled consumers into believing its Optifiber Natural Prebiotic Supplement is “natural” even though it contains a synthetic ingredient.

A proposed class action claims Costco Wholesale Corporation has misled consumers into believing its Optifiber Natural Prebiotic Supplement is “natural” even though the product contains a synthetic ingredient.

According to the 31-page case, the Optifiber supplement sold by Costco contains wheat dextrin, a non-natural, synthetic ingredient that a reasonable consumer would not expect to be included in a product marketed as “natural.” 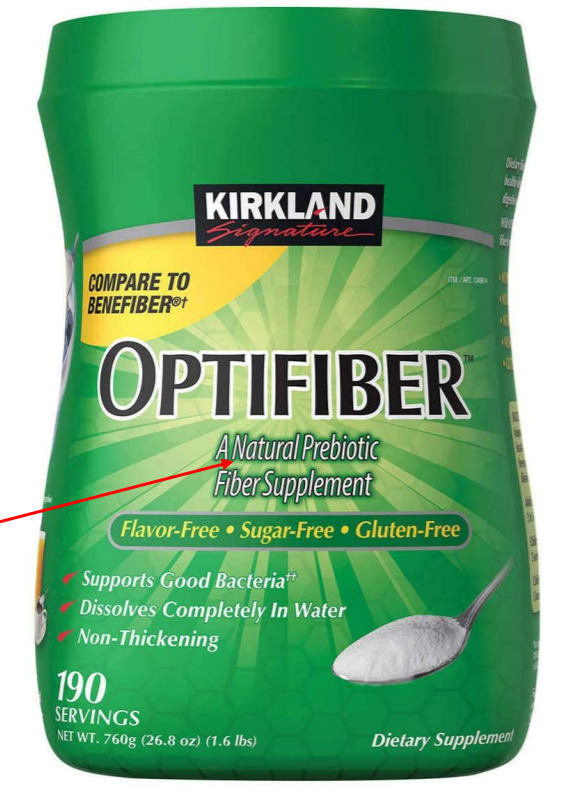 As consumers have become increasingly concerned about the effects of synthetic ingredients in their food, they’ve been more willing to pay a premium price for products marketed as “natural,” believing that such items are safer and healthier than comparable goods not marketed as natural, the lawsuit says.

According to the complaint, however, conditions in the booming supplements industry have “created the perfect storm” for supplement makers such as Costco to take advantage of health-conscious consumers by misleading them with regard to the quality and benefits of products such as Optifiber Natural Prebiotic Supplements.

To that end, Costco’s front-label representation that the prebiotic fiber supplement is “natural” is “false, misleading, and deceptive” in that a reasonable consumer would not expect a truly “natural” supplement to contain wheat dextrin, the lawsuit alleges, characterizing the defendant’s apparent sales tactics as exemplifying the “ongoing epidemic that has plagued consumers throughout the country.”

Moreover, the complaint relays that the National Advertising Division (NAD)—an agency charged with monitoring and evaluating the accuracy in national advertising—issued on May 14, 2020 a ruling in which it determined the wheat dextrin used in prebiotic fiber supplements is not “natural” given it is produced from wheat starch using a “complex chemical process” involving hydrochloric acid and enzymes.

Mors specifically, the NAD concluded that reasonable consumers would not consider prebiotic fiber supplements containing wheat dextrin to be natural since the substance undergoes a “significant chemical alteration[],” the suit says, noting that the NAD’s decision is supported by previous guidance issued by the U.S. Department of Agriculture.

The lawsuit goes on to argue that even though wheat dextrin is listed in the Optifiber supplement’s ingredients list, a reasonable consumer would not, and cannot be expected to, understand that the ingredient is synthetic, nor should they be required to “scour the ingredients list” to confirm the defendant’s front-label claims.

Consumers, the lawsuit claims, “relied to their detriment” on Costco’s misleading representations in deciding to purchase the Optifiber Natural Prebiotic Supplement and have therefore been injured monetarily by paying for a product they would not have otherwise purchased, or for which they would not have been willing to pay the same amount.