A class action contends that Ferrero U.S.A.’s description of Kinder Joy-brand cocoa wafer bites as topped with “sweet cream” is deceptive to consumers.

A proposed class action contends that Ferrero U.S.A.’s description of Kinder Joy-brand cocoa wafer bites as topped with “sweet cream” is deceptive to consumers given the product does not contain actual cream. 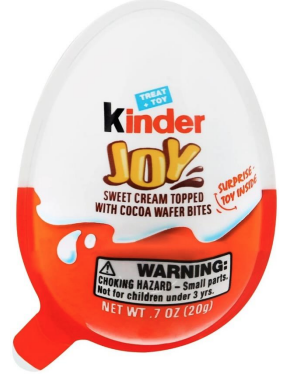 The 15-page suit says that the product, which comes with a small toy, contains instead of real sweet cream artificial cream derived from hardened vegetable oils, including palm, sheanut and sunflower oils. The case adds that although the Kinder Joy treat contains two dairy ingredients, skim milk powder and whey proteins, neither are cream.

The lawsuit claims defendant Ferrero U.S.A. has deceived consumers and sold more Kinder Joy wafer bites than it would have absent the apparent “misconduct” with regard to product labeling.

According to the suit, real sweet cream contains no added sweetener, but is naturally sweet due to the flavor of milk. In comparison, artificial cream is made with refined vegetable oils that are blended to have some physical properties that resemble milkfat, and can include thickening agents, salts, oxidation stabilizers and phosphates, the case relays. The lawsuit contends that the substitution of vegetable fats for dairy fat in cream provides an overall inferior product.

“Had Plaintiff and the proposed class members known the truth, they would not have bought the Product or would have paid less for it,” the suit says.