A proposed class action alleges Halls Relief honey lemon sugar-free cough drops are falsely labeled since the product lacks honey, lemon and inflammation-relieving ingredients, and because its packaging fails to disclose that the menthol drops’ effects are only temporary. 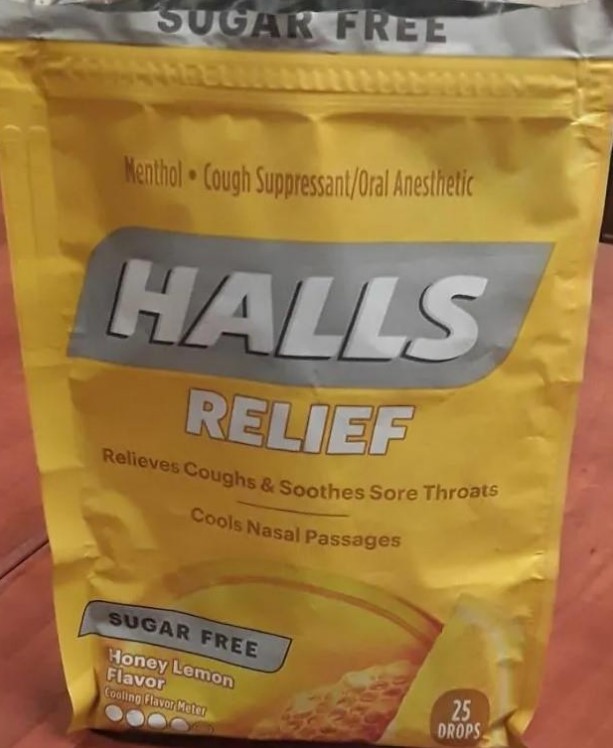 The 10-page lawsuit alleges Halls manufacturer Mondelēz Global LLC has misled consumers by labeling the menthol lozenges as containing “Honey Lemon Flavor” and depicting on the package a honeycomb and a lemon wedge, even though the product’s ingredients list makes no mention of these ingredients. Instead, the list reveals an ingredient identified as the catch-all “flavors,” which consists of natural and artificial lemon and honey flavors, the suit says.

“No competitor companies make honey lemon menthol lozenges without artificial flavor because the cost would be prohibitive relative to the product’s price,” the complaint claims, adding that other companies, unlike Mondelēz Global, seemingly recognize consumers’ distaste for artificial flavors and disclose them transparently product packages.

Moreover, the claim that the product “Soothes Sore Throat” indicates to consumers that the lozenges contain a demulcent ingredient, or an “agent that soothes and relieves irritation of inflamed or abraded surfaces such as mucous membranes,” the lawsuit continues. However, the suit argues that the cough drops contain no ingredients considered to be demulcents by the U.S. Food and Drug Administration (FDA), such as elm bark, gelatin, glycerin or pectin.

Per the filing, the “Soothes Sore Throat” statement may signal to consumers that the product works by soothing an irritated throat and bronchial passages. In reality, the cough drops’ antitussive effect is derived from menthol, which diminishes the sensitivity of cough receptors lining the throat and respiratory passages, the case explains.

According to the FDA, the term “soothing” should refer to a product’s characteristics, like texture or taste, rather than how it functions. For example, a properly labeled drug product would say that it is “formulated in a soothing sugar base,” but this claim would not apply to Halls’ lozenges since they are sugar-free, the complaint argues.

Finally, federal and state regulations require over-the-counter cough suppressants and oral anesthetics that contain menthol as an active ingredient to represent the promised relief as “temporary” because the effects of menthol are short-lived, the suit relays. The case argues that consumers will misjudge the efficacy of the Halls cough drops since the packaging does not contain the term “temporary.”