A proposed class action alleges Fuel for Fire protein pouches contain up to 25 percent less protein than the amount represented on labels.

A proposed class action alleges Fuel for Fire protein pouches contain up to 25 percent less protein than the amount represented on labels.

According to the case, Fuel for Fire products are not only falsely advertised with regard to their protein content but are misbranded under federal and state food labeling regulations in that they fail to state the percentage of the daily value of protein contained in each pouch.

The lawsuit explains that Fuel for Fire, Inc. sells the following varieties of protein snack pouches labeled as containing either 7g, 10g, 11g, or 12g of protein: 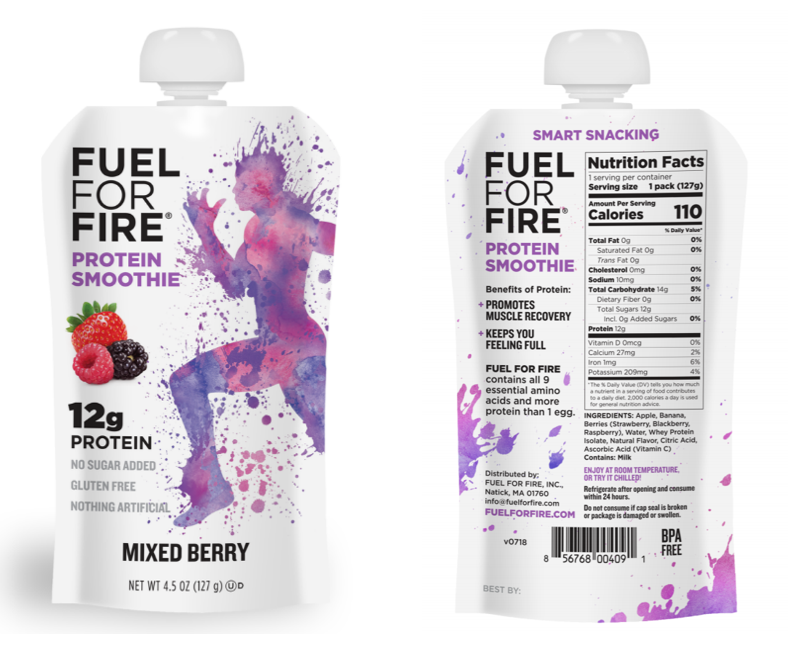 The products’ protein content claims, the case says, are represented on front and back labels alongside statements touting the “benefits of protein,” including that it “promotes muscle recovery,” “strengthens immune system,” and “keeps you feeling full.” The products’ nutrition facts panels repeat their purported protein content without stating a corresponding daily value percentage, per the complaint.

Stressing the importance of protein as part of a healthy diet, especially for athletes to whom the defendant markets, the lawsuit notes that a food’s protein content is of particular importance to health-conscious consumers. The suit argues that the defendant has attempted to “capitalize on this trend” by stating that its products contain 7g, 10g, 11g, or 12g of protein when, in reality, amino acid content testing has revealed they contain roughly 25 percent less than the stated amount.

Moreover, the suit alleges Fuel for Fire has left the Percent Daily Value column on the back of each protein pouch “completely blank” despite being obligated to calculate such under food labeling laws.

“Defendant has failed to do so, and its Products are accordingly misbranded,” the complaint states, alleging that under California law, misbranded products “have no economic value and are legally worthless.”

Reasonable consumers relied on the defendants’ protein claims on product labels and the company’s website in deciding whether to purchase Food for Fire smoothie pouches and “had no reason to suspect” that the claims were untrue, the lawsuit claims. The plaintiff says she would not have purchased the products, or would have paid less for them, had she known the truth about the pouches’ protein content.

Filed back in April, the lawsuit looks to cover anyone in California who purchased Fuel for Fire products at any time since April 9, 2016.