A class action claims Fanta piña colada-flavored soda, despite what consumers are led to expect, is mislabeled.

A proposed class action claims Fanta piña colada-flavored soda, despite what consumers are led to expect, is mislabeled given it’s neither made with “100% Natural Flavors” as stated on product labels nor contains an appreciable amount of pineapple and coconut ingredients. 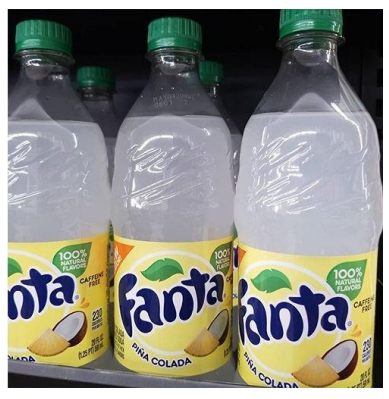 The 13-page lawsuit against Fanta parent Coca-Cola Company contends that the soda’s label, which states that it’s made with “100% Natural Flavors” and depicts an image of half of a coconut alongside a pineapple wedge, falsely characterizes the product given the drink contains undisclosed artificial flavors and lacks real pineapple and coconut ingredients.

The suit says consumers would not have bought Fanta piña colada-flavored soda, or would have paid less for it, had they known it was worth “materially less than its value” as represented by Coca-Cola.

A piña colada cocktail is made with rum, cream of coconut or coconut milk and pineapple juice, and served either blended or shaken with ice, the lawsuit begins. Consumers value the overall taste of a piña colada so highly that it has come to be associated with foods ranging from cookies to sodas, the suit says.

After viewing the statement on the label that the soda contains “100% Natural Flavors” along with a picture of a pineapple and coconut, consumers come to expect that claim to be true, if only because “that is what the label says,” the case stresses. Federal and state food labeling regulations, however, require companies to disclose the source of a product’s characterizing flavor and whether it stems from actual pineapples and coconuts, “natural ingredients” aside from the real thing or artificial or chemical sources, the lawsuit relays.

According to the case, the Fanta piña colada soda ingredients list reveals it contains an artificial form of malic acid—specifically D-malic acid, which lends the product its tart and fruity taste. The lawsuit says that D-malic acid “does not occur naturally” and is found predominantly in products as DL-malic acid, a mixture commercially made from petroleum products.

Per the suit, the piña colada soda could have been made with naturally occurring L-malic acid but was instead made with the artificial DL-malic acid “because it was likely cheaper or more accurately resembled natural flavors.”

“DL-Malic Acid is not a ‘natural flavor’ as this term is defined by federal and state regulations,” the complaint argues.

Further, the lawsuit says the Fanta piña colada soda lacks an appreciable amount of pineapple and coconut ingredients despite the product’s “whitish appearance,” which the case posits is similar to that of a piña colada and creates the impression that the soda contains some pineapple and coconut. The disclosure on the product’s front label that it’s “Piña Colada Flavored Soda With Other Natural Flavors” is used typically when a product contains no appreciable amount of its characterizing ingredients, the suit claims.