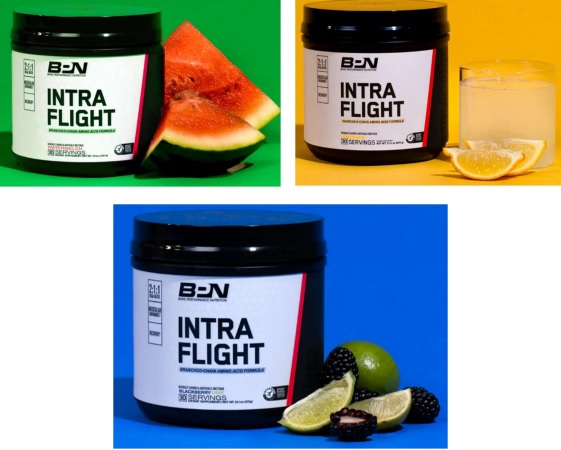 According to the 24-page lawsuit, the front label of the Intra Flight Branch-Chained Amino Acids powder—which comes in watermelon, blackberry lime and lemonade flavors—declares that the product is “Naturally Flavored,” and images on the company’s website present the powders alongside their corresponding fruit flavors. Further, testimonials from major athletes tout the products’ “clean” contents online, the suit says.

However, in direct contrast to the company’s marketing efforts, all three flavors of the dietary supplement were found to contain DL malic acid, an artificial flavoring agent produced from petrochemicals, the suit claims. Though one form of malic acid is considered natural, the variety allegedly found in Bare Performance Nutrition’s products is “manufactured in petrochemical plants from benzene or butane—components of gasoline and lighter fluid, respectively—through a series of chemical reactions, some of which involve highly toxic chemical precursors and byproducts,” the case alleges.

The complaint contends that the products’ labeling misleads the public because the ingredients lists display the substance’s generic name—malic acid—rather than specifying that it is DL malic acid, an artificial flavoring that is not naturally occurring like its counterpart.

“Defendant uses the petrochemical-derived DL malic acid in its Products to create, simulate, or reinforce the fruit flavors but pretends otherwise, conflating natural and artificial flavorings, misbranding the Products and deceiving consumers,” the filing reads.

Interest in all-natural and “free from” products is increasing due to a belief that they are healthier and safer than those with artificial components, and consumers are willing to pay premium prices for these “clean label” foods, the lawsuit relays.

Consumers like the plaintiff, a California resident who bought the watermelon-flavored Intra Flight Branch-Chained Amino Acids powder in July 2022, believed based on the products’ representations that they were flavored naturally, the suit alleges. Per the complaint, the plaintiff would not have paid as much or purchased the product at all had he known it contained the artificial flavoring DL malic acid.

The lawsuit looks to represent anyone in the United States who bought an Intra Flight Branch-Chained Amino Acids powder product in any flavor since January 11, 2019.