A proposed class action claims the label of Whole Foods Market brand Lemon Raspberry Italian Sparkling Mineral Water is misleading to consumers in that the product “lacks an appreciable amount” of lemons and raspberries. 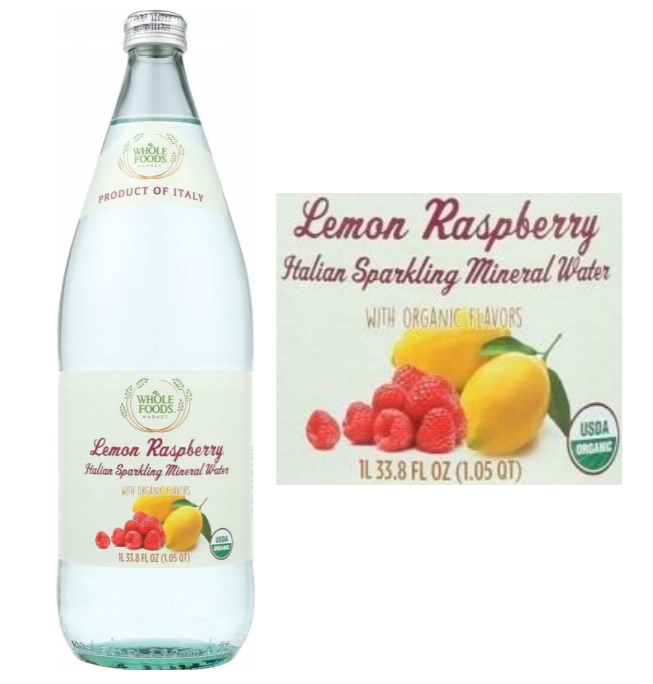 According to the 13-page lawsuit out of New York, consumers expect upon viewing the pictures of lemons and raspberries on the product’s front label that the mineral water’s fruit flavor is derived from these fruits. In truth, however, the beverage’s ingredients list reveals that the product is flavored with “Organic Natural Flavors,” and contains only a trace amount of lemons and raspberries, the case alleges.

“Defendant’s omission and failure to disclose the relative absence of lemon and raspberry ingredients is deceptive and misleading to consumers,” the suit contends.

As the case tells it, consumers prefer foods whose taste is derived from food ingredients instead of added flavor. Moreover, consumers prefer that a food’s flavor is derived exclusively from ingredients identified on its label, e.g., “lemon or raspberry instead of lemon flavor from limes or raspberry flavor from strawberries,” the complaint relays.

The lawsuit alleges, however, that the mineral water contains only a trace amount of lemons and raspberries, and is not predominantly flavored with those ingredients. The product’s front label statement, “With Organic Flavors,” is not sufficient to disclose that these flavors contain non-lemon and non-raspberry components and that the product lacks real lemons and raspberries, the suit contests.

Moreover, the ingredients list, which states “Organic Natural Flavors (Raspberry, Lemon),” “fails to cure the misleading front representations” because it does not disclose that the flavoring component “mainly consists of flavors from fruits other than lemons and raspberries,” the case argues.

“‘[Organic] Natural Flavor’ is the term used where multiple extractives from real fruit ingredients, along with additives and solvents, are combined in a laboratory,” the complaint relays.

According to the complaint, consumers have been deprived of some of the nutritive benefits they expect from a product that contains actual lemons and raspberries, including certain vitamins and minerals.

The lawsuit alleges Whole Foods has sold more of the Lemon Raspberry Italian Sparkling Mineral Water, and at higher prices, than it would have in the absence of the product’s allegedly deceptive labeling.

“Had plaintiff and the proposed class members known the truth, they would not have bought the Product or would have paid less for it,” the complaint attests.