A class action claims the labels of Kroger’s fruit-flavored sparkling water beverages are misleading in that they fail to disclose that the products are artificially flavored.

A proposed class action claims the labels of Kroger’s fruit-flavored sparkling water beverages are misleading to consumers in that they fail to disclose that the products are artificially flavored. 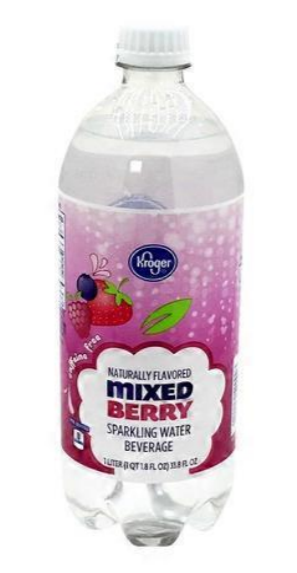 Kroger, the lawsuit alleges, has violated food labeling laws by failing to disclose the presence of artificial flavors on the products’ front labels and by misleading consumers with regard to the sparkling water’s ingredients. Per the case, the products are therefore misbranded and “unlawful to sell in the United States.”

The case contends that the representations of fruits on the products’ front labels lead consumers to believe that the sparkling water is “made exclusively from and is flavored only with natural fruits and fruit flavors.” Nowhere on the front or back labels does the defendant indicate that the beverages contain artificial flavoring ingredients, the suit says.

Nevertheless, the products, the case says, contain an artificial chemical flavoring ingredient identified in the labels’ ingredients list as “malic acid,” which imparts a “tart, fruity” flavor. The lawsuit claims the variety of malic acid used in Kroger’s sparkling water products is not a natural flavoring component but is instead produced from components of gasoline and lighter fluid through a series of chemical reactions.

Because the Kroger sparkling water products contain added flavoring ingredients that “simulate and reinforce” their characterizing flavors, the products’ labels are required to disclose the presence of those artificial flavors “rather than misleadingly suggest that the Product’s flavor is conferred only by natural fruit juices,” the suit attests.

The case goes on to claim that Kroger has further violated food labeling law by identifying the artificial ingredient as generic “malic acid” instead of by its specific, non-generic chemical name. While natural malic acid is properly identified as “l-malic acid,” the synthetic version used by Kroger is called “dl-malic acid,” the suit says. Because Kroger uses “a misleading and unlawful generic name” for the malic acid ingredient, consumers “have no chance” to identify the component as an artificial ingredient, the complaint argues.

The effect of the defendant’s alleged mislabeling is that consumers have paid more for its sparkling water products than they otherwise would have, the lawsuit attests.