A class action claims Icelandic Provision misleads consumers as to where its “Traditional Icelandic Skyr” is made.

A proposed class action claims the marketing and advertising of Icelandic Provisions’ “Traditional Icelandic Skyr” is misleading to consumers in that it’s not immediately apparent where the dairy product comes from. 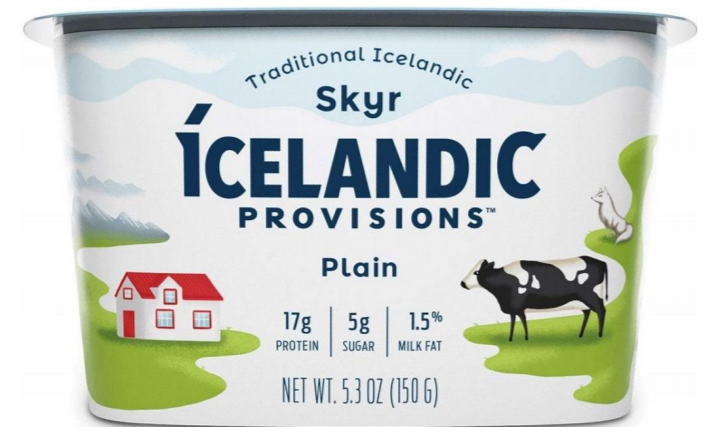 Despite the defendant’s representations, the Greek yogurt-like product is made in upstate New York and not Iceland, the 14-page lawsuit says, contrasting what reasonable consumers are led to believe.

According to the lawsuit, Icelandic Provisions, Inc. exploits consumers’ desire for authenticity to sell more of its skyr, and at higher prices, based on the mistaken impression that the products are made in Iceland.

“However, despite Defendant’s representations as to the authenticity of the Product and the provenance of some of its ingredients, it is not made in Iceland but in Batavia, New York, indicated in the fine print on the back of the Product,” the complaint states.

According to the lawsuit, consumers are willing to pay a premium price for products they consider to be “authentic,” particularly those associated with a specific place, such as Scotch whiskey from Scotland, maple syrup from Vermont, tomatoes from Italy, chocolate from Switzerland and skyr from Iceland. Skyr, the suit explains, is a traditional “Icelandic cultured dairy product” with “the consistency of Greek yogurt, but a milder flavor.” The case relays that skyr is “essentially fat free,” with less sugar than regular yogurt, high protein content and “unique” probiotics.

The defendant’s packaging of its skyr gives consumers the misleading impression that the food is made in Iceland, the suit contests, noting the side panel of the product states it is “Made With Original Skyr Cultures.” Consumers, the lawsuit continues, have come to reasonably expect that fully processed dairy products, such as cheeses from Europe, can be transported “across the world,” but would not expect that raw materials for those same products would be shipped to the U.S. and then used to produce the finished product.

Moreover, the lawsuit argues that by stating that Icelandic Provisions’ skyr is “the only Skyr available in the US that contains Icelandic Heirloom Skyr Cultures that Icelanders have been enjoying for centuries,” the defendant misleads consumers by substituting the word “available” for the more accurate word “made.”

“This statement also gives consumers the impression they will be consuming the same skyr Defendant also sells to Icelanders,” the suit avers.

As the lawsuit tells it, the defendant has capitalized on its association with Iceland through marketing and advertising campaigns filmed in Iceland and focused on the product’s apparent origin.

The case notes, however, that the “fine print” on the back of Icelandic Provisions’ skyr indicates the product is made in Batavia, New York. The lawsuit goes on to allege that the defendant further deceives consumers by noting the product is “Distributed by” Icelandic Provisions in partnership with “MS Iceland Dairies, Reykjavik, ISL,” while indicating farther down on the packaging that the skyr is “Proudly made in Batavia, NY with domestic and imported ingredients.” 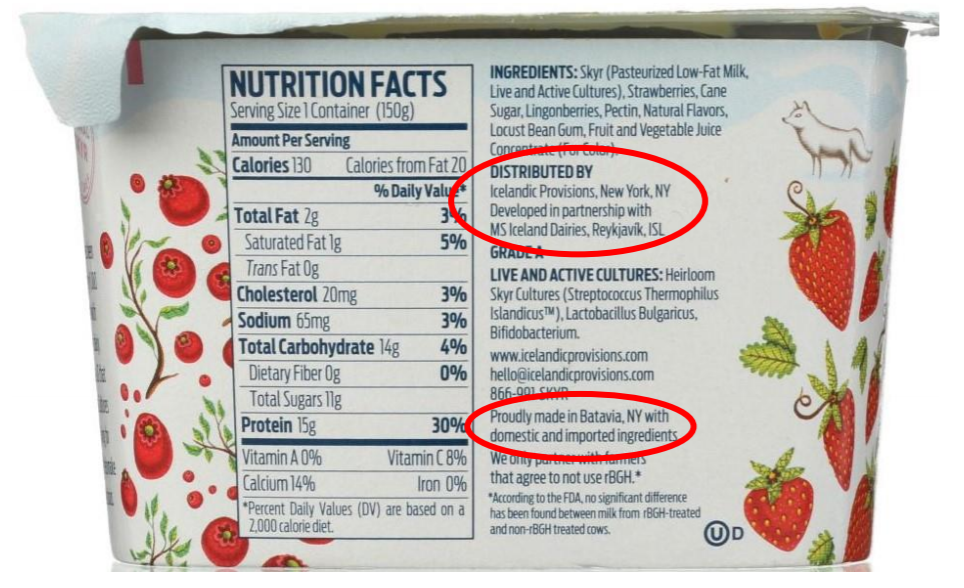 “By not including where the Product is made in greater proximity to the required name and place of business of the manufacturer or distributor, consumers are misled,” the complaint reads.

The lawsuit claims the defendant has sold more of its skyr products, and at a higher price, than it would have absent the allegedly misleading labeling.