A class action alleges Domino’s has falsely represented its “Mix & Match” deal by charging more per product than advertised.

A proposed class action alleges Domino’s has falsely advertised its “Mix & Match” deal by representing that the products sold as part of the deal will cost only $5.99 each while actually charging a higher price for the items. 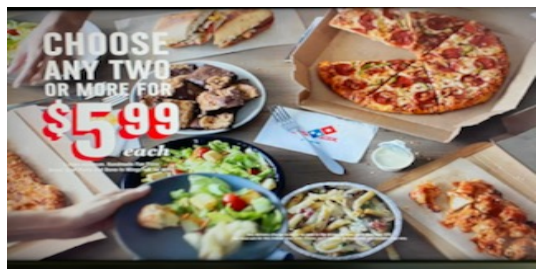 Per the 25-page case, filed July 30 in California federal court, consumers have been deceived by Domino’s representations about the Mix & Match deal—which purportedly allows customers to “CHOOSE ANY 2 OR MORE $599 EACH”—and have unknowingly paid more than they expected for foods purchased as part of the deal.

Per the suit, Domino’s advertisements represent that prospective customers can purchase two or more items from a selected list of products, including “broad categories” of two-topping pizzas, salads, breads, cookies, pastas and chicken, at a price of $5.99 per product, excluding taxes. Contrary to defendants’ representations and consumers’ expectations, however, Domino’s charges more than $5.99 per product for items purchased under the purported deal, the case alleges.

As such, the defendants’ advertisements regarding the Mix & Match deal are “false and/or misleading” and have financially harmed unknowing consumers who relied on Domino’s advertising without checking their receipts to verify whether the deal was applied.