A lawsuit claims the label of GNC-brand Triple Strength Fish Oil is misleading to consumers in that the product is not actually fish oil.

A proposed class action claims the label of GNC-brand Triple Strength Fish Oil is misleading to consumers in that the product is not actually fish oil and does not contain the represented amount of omega-3 fatty acids. 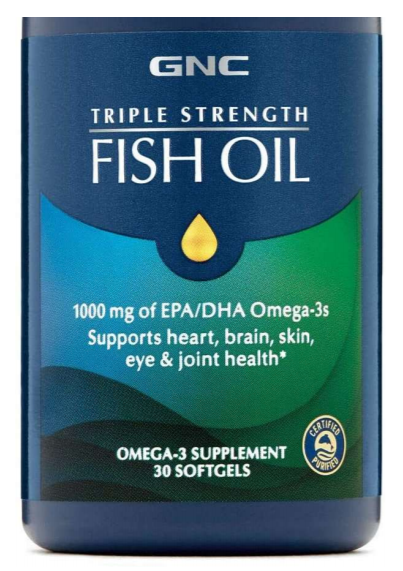 According to the 45-page lawsuit, defendants International Vitamin Corporation and subsidiary Nutra Manufacturing, LLC have misled consumers about the fish oil product by advertising that the soft gels contain 734 mg of eicosapentaenoic acid (EPA) and 266 mg of docosahexaenoic acid (DHA)—the “essential omega-3 fatty acids that naturally occur in fish.” Contrary to label representations, however, the GNC Triple Strength Fish Oil does not contain “a single milligram” of EPA or DHA, the suit alleges.

More specifically, the complaint contends that the GNC product’s natural fish oil has been subjected to a chemical process called trans-esterification through which the omega-3s are transformed into omega-3 fatty acid ethyl esters. As such, the product can no longer be called fish oil as it is understood by consumers, the lawsuit alleges.

“Once trans-esterified, fish oil is irrevocably transformed, such that it is no longer fish oil and therefore cannot be so named or labeled,” the complaint argues. “To do so, as IVC has done, is false, misleading, deceptive, unlawful, and perpetrates an actionable fraud on the consuming public.”

The lawsuit relays that EPA and DHA are two of “the three most important” omega-3 fatty acids to human physiology and provide a variety of health benefits to the body’s critical organs and systems. Although the primary source of EPA and DHA are marine oils from fatty fish and other seafood, most Americans do not consume a sufficient amount of such, which has led healthcare professionals to recommend fish oil dietary supplements, the case says. Importantly, common fish oil is derived using a physical, rather than a chemical, process, and involves cooking and then pressing the fish to extract the oil, the suit relays.

According to the lawsuit, the GNC Triple Strength Fish Oil has undergone an additional processing step known as trans-esterification, which supposedly increases the yield of omega-3s but chemically transforms the natural oil into a synthetic product containing omega-3 fatty acid ethyl esters—a substance “not found anywhere in nature, and which has not been comparably viewed by leading health authorities,” the suit says. Per the complaint, trans-esterification strips fish oil of “hundreds of its constituent sub ingredients,” including EPA and DHA, which are transformed into molecularly different substances.

This chemical process, the lawsuit explains, allows fish oil manufacturers to extract crude oil from fish waste, rather than whole fish, and generate a useable yield by chemically altering the product. The problem, according to the case, is that the finished product does not contain omega-3 fatty acids as consumers expect and therefore cannot be called “fish oil.”

“Ultimately, once trans-esterified, fish oil is substantially and irrevocably transformed into Omega-3 fatty acid ethyl esters -- a substance that cannot be found in any part of any fish,” the complaint attests. “Calling it ‘fish oil,’ therefore, is fraudulent, deceptive and misleading.”

Per the suit, EPA and DHA have different molecular weights, chemical structures, physical properties and common/usual names from their omega-3 fatty acid ethyl ester counterparts and must not be represented the same way on product labeling. The lawsuit points out that U.S. Customs and Border Protection taxes the two classes of substances differently, recognizing that “trans-esterification substantially transforms fish oil into a different product which results in a different tariff classification.”

The lawsuit claims the defendants have violated federal dietary supplement labeling regulations by representing the GNC product as fish oil and claiming that it contains EPA and DHA while failing to disclose the presence of other omega-3s.