The Puff Bar Plus disposable e-cigarette is the subject of a class action that alleges the vape’s manufacturer has reaped millions by falsely claiming the product will last “800 puffs.”

The Puff Bar Plus disposable e-cigarette is the subject of a proposed class action that alleges the fruit-flavored vape’s manufacturer has reaped millions by deceptively claiming the product will last “800 puffs.” 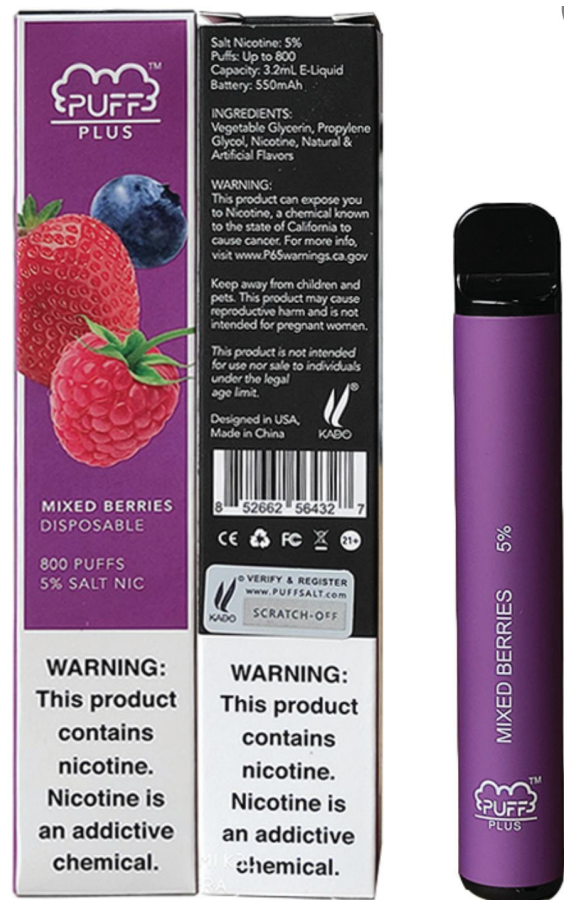 The 17-page lawsuit charges that defendant Puff Bar’s “800 puffs” claim for the vape’s longevity “far out-promises” the actual lifespan of the product, which can allegedly fail “within hours of being purchased.” Those who have bought the Puff Bar in reliance on the “800 puffs” claim have paid a premium for a product that “systematically fails” far before it’s supposed to, the case alleges.

“By representing that the Puff Bur Plus [sic] provides ‘800 PUFFS’—a very specific number—Defendant induced Plaintiff and the proposed class members into purchasing the vapes at a premium,” the complaint says. “However, despite this representation, Defendant’s Puff Bar Plus systematically fails well before consumers are able to take 800 puffs. In fact, the Puff Bar Plus often runs out of battery within a few hours after being unpacked.”

According to the lawsuit, Puff Bar has been able to work around the FDA’s 2019 ban on flavored e-cigarette pods and cartridges due to the fact that its fruit-flavored vapes are disposable. As the suit tells it, Puff Bar has “exploited this loophole to the fullest” and risen quickly to the top of the e-cigarette market amid what the lawsuit claims to be the company’s “reckless disregard for the widespread youth nicotine epidemic.”

“Defendant gained a fortune in its quick proliferation of misbranded vapes, all while working around the FDA’s intention to shut down its operations for failing to comply with pre-market authorization requirements,” the lawsuit reads.

On the front label of the Puff Bar’s package, the defendant conspicuously states that the product will provide “800 puffs,” the case stresses. The lawsuit alleges, however, that Puff Bar “knew or should have known” that the vape did not live up to this representation, thanks in part to dozens of reviews online and across social media from dissatisfied users who claim they received far less than what they bargained for.

The suit goes on to allege that Puff Bar knew its “800 Puffs” representation missed the mark when it relaunched its website in February 2021 after a temporary, FDA-scrutiny-based hiatus and addressed the vape’s longevity concerns on its FAQ page. Per the lawsuit, Puff Bar “reaffirmed” that the Puff Bar Plus contains “a bigger 550 mAh battery that gives you up to 800 puffs!” while at the same time advising that a user’s vaping habits will ultimately determine the lifespan of the product. Puff Bar added the recommendation that users “take smaller hits” to prevent the wicking system that holds the nicotine from drying out so as to make the product last longer, the complaint says:

“You may think you’re getting the most for your money when you take long, deep puffs, and we get it. But the truth is it places a greater demand on the battery, and longer hits can heat the wick more and make it dry out faster.”

The case claims that despite this apparent acknowledgment that the Puff Bar Plus cannot provide as many puffs as advertised “due to technical issues unbeknownst to a regular consumer,” the company nevertheless failed to disclose this anywhere on the product’s packaging, which the suit states is “the only advertisement that Plaintiff, and most other consumers, were privy to” when they bought the vape in retail stores.

The lawsuit looks to represent all persons in the United States who bought a Puff Bar Plus.