A proposed class action lawsuit claims King’s Hawaiian LLC has falsely represented that its “Original Hawaiian Sweet Rolls” are made in Hawaii.

A proposed class action lawsuit claims King’s Hawaiian LLC has falsely represented that its “Original Hawaiian Sweet Rolls” are made in Hawaii. 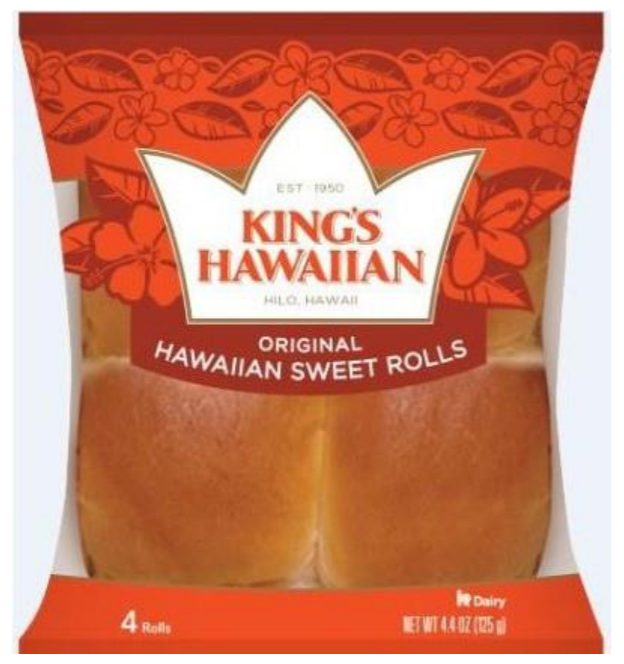 Per the 13-page complaint, the front label on packages of the defendant’s rolls prominently states “Hilo, Hawaii” under the defendant’s logo. This representation, in combination with the company name “King’s Hawaiian” and the product name of “Original Hawaiian Sweet Rolls,” leads consumers to mistakenly believe that the product was made in Hawaii, the lawsuit argues.

Despite these “indications of origin and authenticity,” the rolls are made in Torrance, California, not Hawaii, the suit says, noting that this fact is disclosed in small font on the back of the roll’s packaging. While King’s Hawaiian was founded in Hilo, Hawaii, the rolls are no longer made there, according to the case.

According to the lawsuit, King’s Hawaiian is the leading seller of Hawaiian rolls and “essentially invented this category of food” comprised of chewy, round rolls with added sugar and pineapple juice. Per the case, King’s Hawaiian has gone so far as to bring legal actions against competitors for their alleged infringement of its trademarked orange floral packaging design in marketing their own versions of “Hawaiian Rolls.”

The case explains, however, that the defendant did not challenge competitors’ sale of products as “Hawaiian Rolls” given the term has become a commonly accepted generic name for breads made in a similar manner with similar ingredients.

Per the suit, consumers are increasingly willing to pay a premium price for “what they perceive to be authentic products”—i.e., Mexican beer from Mexico or Italian tomatoes from Italy.

The packaging representations, including the brand name, product name and orange floral pattern, for King’s Hawaiian Original Hawaiian Sweet Rolls place special emphasis on the rolls’ apparent Hawaiian heritage, the suit says. While reasonable consumers understand that the term “Hawaiian Rolls” by itself does not imply that the product was made in Hawaii, and that “King’s Hawaiian” refers to the name of the company, the defendant’s prominent label reference to “Hilo, Hawaii” is enough to render the packaging misleading, according to the case.

“Defendant’s prominent placement of ‘Hilo, Hawaii’ on the front label – coupled with the other legitimate uses of the word ‘Hawaiian’ – is deceptive and misleading to consumers who believe they are buying a Product made in Hawaii,” the complaint contends.

The lawsuit argues that the defendant has been able to sell more of the product, and at higher prices, than it would have absent the misleading labeling.