A class action says 2020 model year Toyota RAV4 SUVs suffer from a “parasitic” battery-draining defect that can deplete a vehicle’s battery while the car is turned off.

A proposed class action says 2020 model year Toyota RAV4 SUVs suffer from a “parasitic” battery-draining defect that can deplete a vehicle’s battery while the car is turned off.

According to the 102-page complaint, the problem stems from the failure of a RAV4’s electronic control modules (ECMs), components meant to regulate the flow of electricity from a vehicle’s battery, and the drainage of electricity by the electrical systems that the ECMs govern.

In a properly working RAV4, ECMs prevent excessive battery drainage while the engine is turned off, the suit states. In affected RAV4s, the ECMs “fail to prevent this damage,” and instead, along with their associated electrical subsystems, continue to draw electricity from a battery when a vehicle is not in use, the filing says. 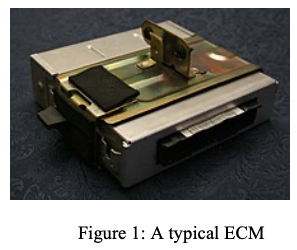 The effects of the issue are “numerous and disabling,” the lawsuit says, as parasitic drain can reduce the charge of a vehicle’s battery below the threshold needed to start the engine. Moreover, the defect poses a safety risk in that it can cause anything connected to a vehicle’s electrical system, including safety features, the engine alternator, power steering, and headlights and taillights, to malfunction, or leave a driver stranded should the battery lose power during driving, the case alleges.

Although Toyota’s marketing “aims to convince” drivers that the 2020 RAV4 is safe and dependable, the automaker has “misrepresented and actively concealed” the parasitic-drain problem plaguing the vehicles’ batteries, the complaint alleges, calling affected vehicles “unsafe, unreliable, and unfit for normal use.”

“Defendants assure Vehicle owners and lessors that the Class Vehicles maintain a normal battery life of 3-5 years,” the suit states. “Their representation is false and misleading, however, because the Defect causes the battery to delete well before the normal battery life cycle, within months or even days of a consumer’s taking possession of the Vehicle.”

When a RAV4 battery is drained, it must be recharged by external means, the case continues. While a recharge might provide temporary relief, the battery will “inevitably” fail again due to the parasitic drain problem, the filing says.

According to the lawsuit, Toyota became aware of the battery-draining defect prior to January 2019 through its extensive pre-release testing of the 2020 RAV4. Specifically, the case says, the company subjects all new vehicle models to “Failure Mode and Effects Analysis,” a methodology for testing cars for defects and isolating the causes of the problems prior to marketing and distribution.

Through its application of Failure Mode and Effects Analysis and other pre-release testing, Toyota became aware that the 2020 RAV4’s electrical systems drained the vehicles’ batteries at an excessive rate, causing “the risk of steering malfunction, sudden and unexpected stalling, and failure of the Vehicles to turn on with the ignition,” the suit says. Once the 2020 RAV4 hit the market, Toyota was further apprised of the problem through, among other sources, “nearly identical consumer complaints” about prematurely dead batteries, the filing states.

“But Defendants did nothing to warn consumers of the Defect,” the lawsuit charges. “Instead, they did everything in their power to suppress it.”

As Toyota began to deliver the 2020 RAV4, it told dealers, on a pre-release basis, that the vehicles suffered from parasitic battery drain, and instructed the sellers to test a vehicle’s battery “no more than two days” prior to delivering the car to the buyer or lessee, according to the case. Toyota also instructed dealers to “disconnect the batteries from the Vehicles in storage if they were not driven for as little as one week,” the lawsuit adds.

As the case tells it, Toyota’s efforts to hide the battery drain defect “have continued ever since” as the company “[does] not acknowledge the existence of the Defect, and make[s] no attempt to repair it.” According to the suit, Toyota has done “everything possible to avoid acknowledging” the existence of the problem, including misattributing the defect to unrelated vehicle parts or relaying “absurd excuses that shift the blame onto consumers.”

Toyota has no solution or adequate repair for the battery drain defect, the filing says, and those who bring their RAV4 to a dealer for repair are often offered superficial “quick fixes” that do not address the underlying ECM problems, the suit states. Toyota has neither recalled the affected vehicles nor compensated drivers for replacement batteries, jumper cables, replacement alternators or other repairs related to the defect, the complaint says.

The lawsuit looks to cover all persons who bought or leased in Georgia a 2020 Toyota RAV4, in all configurations and trim levels, including the LE, XLE, XLE Premium, Adventure, TRD Off-Road, Limited, LE Hybrid, XLE Hybrid, XSE Hybrid, and Limited Hybrid varieties.