This Alert Affects:
Patients who have been implanted with metal-on-metal hip replacements.
Injuries:
Bone or soft tissue damage, swelling, pain, metal poisoning and the need for revision surgery.
Manufacturer:
Biomet, DePuy, Smith & Nephew, Stryker and Wright Medical.
What's Different About Metal-on-Metal Implants?
While hip implant components have previously been made from a range of materials, including ceramic and plastic, metal-on-metal implants – as the name suggests – put metal parts in direct contact with other metal parts. This can lead to corrosion as the metal parts rub against each other and release tiny debris into the body.
FDA Warning:
The FDA issued a safety communication on January 17, 2013 warning that metal-on-metal hip implants have the potential to shed tiny metal particles into patients' bloodstreams, resulting in a variety of serious, adverse effects.
Type of Lawsuit:
Mass Tort

The information below is for reference only. Attorneys working with ClassAction.org are no longer reviewing these claims. Please contact an attorney in your area.

Attorneys across the country are investigating potential lawsuits on behalf of patients who were implanted with any of the following metal-on-metal hip replacements:

Thousands of lawsuits have been filed against these manufacturers and allege that their devices can fail prematurely and cause serious injuries such as metal poisoning.

According to the FDA, metal-on-metal hip implants pose unique risks in addition to the general risks associated with all hip replacement systems. Unlike traditional implants, which use a combination of metal, plastic, and ceramic materials, metal-on-metal hip implants are comprised of two metal components. These components can rub against each other during normal movement, releasing small metal particles into the surrounding tissue. This can reportedly result in bone or tissue damage, device failure, or metallosis, which develops when dangerous levels of chromium and cobalt accumulate in the bloodstream.

Of the six manufacturers facing litigation, only three have issued recalls over their artificial hips, leaving prospective patients at risk for receiving an allegedly defective device.

In August 2010, DePuy voluntarily recalled its ASR XL Acetabular Hip System and ASR Hip Resurfacing System. The company pulled the devices after data from the United Kingdom National Joint Registry (UKNJR) indicated that approximately 13 percent of patients implanted with either of the ASR devices required revision surgery after five years.

The ASR systems became available in the United States in December 2005, and the manufacturer discontinued their production in 2009. By that time, 93,000 of the hips had been implanted worldwide, although DePuy told reporters that “very few” of the devices remained on the market at the time the recall was issued.

Unlike other metal-on-metal devices that use a ball and socket, Stryker’s Rejuvenate and ABG II hip systems contain a metal neck and stem. In July 2012, Stryker issued a voluntary recall for the modular-neck hip stems found in these two systems after post-market surveillance revealed that the components had the potential to fret or corrode, causing pain and adverse tissue reactions. There were also reports that friction between the neck and stem could cause metal particles to be released into a patient’s bloodstream.

Since 2008 and 2009, more than 20,000 of the recalled hip stems were implanted in patients. Stryker suggested surgeons perform blood work and MRIs on all patients who were implanted with the recalled devices, regardless of whether they experienced pain or swelling.

Is This a Class Action?

Most metal hip manufacturers, with the exception of Wright Medical, are facing multi-district litigations (MDLs) over their products. In an MDL, all federally filed cases are transferred to one court before a single judge to help save time and money and to ensure consistent rulings after a large number of people have been injured by the same product. Because several MDLs have been created (they are separated by manufacturer), each is at a different stage in the litigation, ranging from discovery to settlement talks.

Most attorneys handling hip implant lawsuits work on a contingency-fee basis. These attorneys will typically collect one-third of the verdict or settlement amount if a lawsuit is successful. Otherwise, the plaintiff will not have to pay his or her attorney for any work done on the case.

Trouble walking, as well as pain and swelling around the implant, have been reported as early warning signs that patients’ implants are corroding or failing prematurely. In patients implanted with metal devices, doctors have discovered that corrosion can cause failure or loosening of the implant, in addition to metal poisoning and bone or soft tissue damage near the prosthetic. Illnesses can also occur elsewhere in the body when friction between the metal components releases metal particles into the bloodstream, according to the FDA.

The FDA warned that patients should “pay close attention to signs and symptoms that may be associated with metal-on-metal hip implants,” but has not set a level for metal ion buildup that would warrant medical attention. The agency does provide a list of patients who are more susceptible to increased device wear or body tissue reactions, which includes females and those whose implants have small femoral heads. 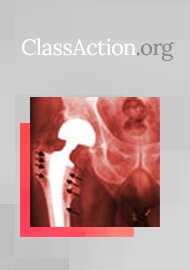