Thousands of lawsuits have been filed against DePuy Orthopaedics Inc., a unit of Johnson & Johnson, since the company recalled nearly 93,000 ASR hip replacements in August 2010 due to a high failure rate. These suits allege DePuy’s ASR XL Acetabular System and ASR Hip Resurfacing System are defective, put patients at risk for metal toxicity, and fail prematurely, necessitating an expensive second surgery to replace the device. Reports have surfaced that Johnson & Johnson has agreed to a $2.5 billion settlement to resolve nearly 8,000 of these cases.

Why Are People Filing Lawsuits Over the DePuy Hip Implants?

In most cases, defective medical device lawsuits are filed when the product contains a design, manufacturing, and/or marketing defect (e.g., when a manufacturer fails to warn patients and doctors about the device’s potential risks.) These suits seek to recover compensation for economic and non-economic losses that patients incurred as a result of the defective product.

Patients who underwent hip arthroplasty with a recalled ASR device are seeking compensation for medical bills, including the cost of revision surgery, pain and suffering, lost wages and other damages. Their lawsuits allege that:

Lawsuits involving the DePuy ASR hip replacements claim that, due to a design flaw, patients have suffered serious injuries that include metal toxicity and hip implant failure. Unlike traditional hip implants that utilize a plastic-on-metal design, the ASR hip systems contain a metal ball and metal socket. When the two metal components rub against each other during normal movement, small metal particles are released into the space surrounding the implant, some of which will enter the patient’s bloodstream, the suits claim. This can lead to bone and tissue damage, which can cause implant loosening, pain, premature failure of the device, and the need for revision surgery.

Furthermore, it has been alleged that excessive levels of cobalt have been found in patients with the metal-on-metal devices. Cobaltism can lead to a number of adverse conditions including, but not limited to, the following:

How Much Does A Lawyer Cost?

Most attorneys handling lawsuits involving DePuy’s ASR devices work on a contingency fee basis. In other words, the client will only have to pay his or her lawyer if the case results in a monetary recovery. Typically, the attorney will collect one-third of the settlement or jury verdict, which may include compensation for medical bills and pain and suffering. If the suit is not successful, most attorneys will not charge for any work done on the case.

Timeline of the DePuy ASR Litigation

June 2010: The first lawsuit is filed alleging that the ASR hip replacement is defectively designed.

August 2010: DePuy recalls 93,000 ASR devices worldwide and, as a result, lawyers begin to consider the legitimacy of claims on behalf of patients implanted with the device.

December 2010: A panel of federal judges approves a motion to transfer all federally-filed cases to a single court in Ohio for pretrial proceedings. This creates a multi-district litigation (MDL) for the devices, a procedure that helps expedite legal claims that make similar allegations against the same defendant.

March 2013: Los Angeles Superior Court awards $8 million to a plaintiff who alleged the implant was defectively designed. This is not part of the consolidated lawsuits.

June 2013: Johnson & Johnson files a motion to separate the bellwether trials in New Jersey, arguing that the cases were not generic and combining them risked jury confusion. The Court denied the request in August 2013.

September 2013: The first federal bellwether trial is delayed and rescheduled from September 9 to September 24 to allow the parties additional time for pre-trial discovery.

September 2013: The first bellwether is delayed a second time due to difficulties in scheduling expert witnesses. The trial will now start in January 2014.

November 2013: Sources reveal that Johnson & Johnson has reached a deal worth more than $2.5 billion to resolve roughly 8,000 lawsuits filed in federal and state courts.

In August 2010, DePuy announced that it would be recalling 93,000 ASR hip implants worldwide after research from the UK indicated a higher-than-expected failure rate. Data revealed that approximately 12 percent of patients with the ASR resurfacing device and 13 percent of patients with the ASR total hip replacement required revision surgery within five years of the devices’ implantation. According to DePuy, patients who needed revision surgery to replace their existing hip implants experienced a number of problems, including pain, swelling, and difficulty walking, prior to their procedures. These symptoms, the recall indicated, may have been caused by the loosening or dislocation of the implant, or the fracture of the bone surrounding the device. 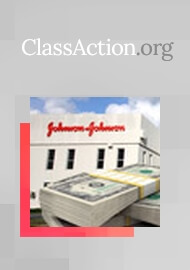 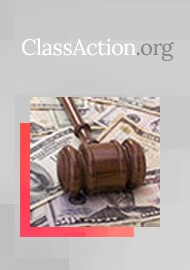 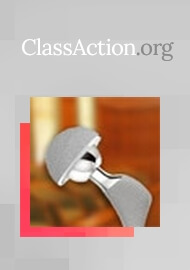 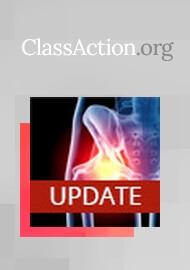 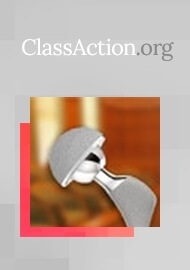