This Alert Affects
Patients who were implanted with certain Smith and Nephew hip replacements.
Damages
It has been reported that the metal liner in the Smith and Nephew's R3 Acetabular System has been linked to high failure rates, infection, fractures and dislocations.
Company(ies)
Smith and Nephew
Additional Details
The FDA announced that it would be looking into the safety of metal-on-metal hip implants in light of complaints that tiny metallic debris can be released from the devices as they wear, causing pain and infection and raising the patient's levels of metal in the bloodstream.
Date
On June 1, 2012, it was reported that Smith and Nephew would be recalling the optional metal liner found in its R3 Acetabular System.
Type of Lawsuit
Mass Tort

Patients who experienced complications after being implanted with certain Smith and Nephew hip implants may be entitled to compensation.

The medical device maker has recalled an optional metal liner found in its R3 Acetabular System after more patients than expected experienced problems with the device, including premature failure, fractures, infection and dislocations. According to reports, this recall may draw the manufacturer into the massive litigation over metal-on-metal hip implants, even though they claim that the problems linked to this Smith and Nephew hip are different in nature.

Have you experienced complications with a Smith and Nephew hip implant? If so, the manufacturer of this product may be responsible for your losses.

A number of other hip implant makers, including Johnson and Johnson and Stryker Corp., have been hit with thousands of lawsuits claiming that their faulty metal-on-metal hip implants caused serious injuries including metal toxicity.

Smith and Nephew maintains that there has been no evidence of metallosis, a type of poisoning caused by buildup of metal debris in the body, in patients implanted with the R3 Acetabular System; however, some attorneys handling the growing litigation of metal-on-metal hips are suggesting otherwise. It has been alleged that the injuries prompting the recall do not rule out the possibility of metal poisoning, and in fact, are consistent with injury claims from other metal-on-metal hip implant recipients.

Metallosis occurs when a hip implant's metal components rub against each other and generate debris into the patient's body. Some patients implanted with metal-on-metal hip implants have claimed that they developed a severe inflammatory response to the debris, which resulted in muscle and tissue damage, as well as compromised revision surgery to remove the device.

Furthermore, some patients with metal-on-metal hip replacements have shown excessive levels of cobalt, which can lead to a number of problems with the thyroid, heart and nerves. Unfortunately, it has been alleged that some surgeons will not look for signs of metallosis unless the hip implant has been linked to the condition.

Complications from Smith and Nephew Hip?

If you or a loved one has experienced problems with a Smith and Nephew hip implant, you may be able to participate in the growing litigation surrounding metal-on-metal hip implants to seek compensation for your losses, including medical bills and pain and suffering. 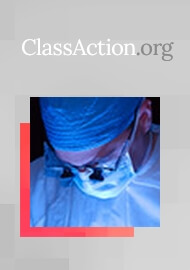