The Biomet M2a-Magnum hip replacement system is comprised of a metal cup and a metal head. In recent years, metal-on-metal hip replacements like the Biomet M2a-Magnum have given rise to numerous personal injury lawsuits for their alleged connection to injuries such as metallosis, pseudotumors, tissue death and metal blood poisoning, among others. Though there was a time when medical professionals believed metal-on-metal hip replacements would be stronger and more durable than traditional metal on polyethylene implants, recent studies and first hand evidence have debunked this theory.

If you or a loved one suffered side effects after being implanted with the Biomet M2a-Magnum hip replacement system, you may have legal recourse to seek compensation for damages.

Side Effects of Metal-on-Metal Hip Implants

According to recent reports, metal-on-metal hip replacements are worse or no better than traditional metal on polyethylene hip replacements, but associated with greater risks. Although marketed by implant manufacturers as long lasting and suitable for younger, more active patients, many of these metal-on-metal implants were not given human testing prior to public marketing.

A 2011 British Medical Journal study failed to find any benefit for metal-on-metal hip replacements while the three largest and most venerable national joint registries reported higher rates of implant revision, or a further medical procedure to the hip replacement necessary to improve upon the original, in metal-on-metal implants than metal and polyethylene implants.

From 2009 to 2011, complaints to the FDA about injuries resulting from the Biomet M2a-Magnum hip replacement system have increased substantially, rising from 11 to 80. Of these complaints, many have contained reports of metallosis, chronic pain, bone loss, pseudotumors and metal poisoning, among other ailments.

As of November 2013, 790 Biomet hip replacement lawsuits are pending in federal court, a number that experts expect to grow. Those implanted with the Biomet-M2a Magnum hip replacement may experience a number of damages, both emotional and physical, that require ongoing, expensive medical care to treat. In these cases, patients suffering from side effects of the Biomet product may be eligible to recover compensation for medical expenses, as well as other damages resulting from the failed hip replacement device. 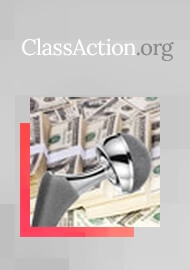 Biomet Settles Hip MDL, Maintains Hips Were Not The Cause of Injuries