This Alert Affects
Patients who had to undergo a second surgery to remove or replace Stryker’s LFIT V40 femoral head, a part used in hip replacement procedures.
What’s Going On?
Stryker Orthopaedics is being sued over claims that its LFIT V40 femoral head – one of the four main components for a total hip replacement – is defective, dangerous and causing serious complications for patients.
How Could a Lawsuit Help?
A lawsuit could help patients get money from Stryker for their medical bills, physical and mental suffering, and lost wages.

Lawsuits are being filed claiming that Stryker’s LFIT V40 femoral head is defective, poorly designed and can cause serious complications that require the patient to undergo a second surgery. Read on for more.

How Could a Lawsuit Against Stryker Help Me?

A lawsuit could help you get money from Stryker to cover your medical bills and any wages you lost from being unable to work. Additionally, a lawyer could help you seek compensation for less quantifiable losses, such as:

What Problems Are Patients Suing Over?

Most patients who have filed lawsuits against Stryker claim that they needed to undergo a second surgery to remove and replace Stryker’s LFIT V40 femoral head after suffering pain and other complications in connection with the device.

How Would I Know If My Complications Are Caused by the LFIT V40 Femoral Head?

Most doctors would have somehow indicated to their patients that a femoral head made and potentially recalled by Stryker was the reason for their complications and subsequent revision surgery. During the second surgery, doctors have reportedly found the following problems in their patients:

It is believed that certain design aspects of the LFIT V40 femoral head are unique to Stryker’s hip implant components and are not utilized by other hip implant manufacturers. This design departure is allegedly what’s causing the devices to suffer corrosion, fretting and metal wear more than other femoral replacement systems on the market.

Yes. In late August 2016, Stryker announced that it was voluntarily recalling certain lots of the LFIT V40 femoral heads, citing a “higher than expected” rate of failure. The lawsuits pending against Stryker allege that this recall notice provided no information regarding the cause of the failures or the steps surgeons could take to monitor patients. They further claim that Stryker “minimized the gravity and magnitude of the problem” and failed to advise surgeons to notify their patients of the recall or pursue any specific follow up for their at-risk patients.

What’s Involved in Filing a Lawsuit?

If an attorney believes you have a case, he or she may need to ask you some questions regarding your medical, work, and personal history. Your lawyer may also contact your hospital and/or doctor to gather copies of your medical records.

Once the attorney has the information he or she needs, he or she will file a legal document called a “complaint” on your behalf. A complaint is simply a legal document that outlines the claims you are bringing against Stryker – for instance, that they defectively designed the device – and the type and amount of compensation your attorney believes you are owed. Once this document is filed with the court, your lawsuit officially begins.

The lawsuits against Stryker over its LFIT V40 femoral heads are being handled through a legal process known as multi-district litigation. Because nearly every patient suing Stryker has the same claims, all lawsuits filed nationwide have been combined to be handled as one litigation. This helps save everyone involved time and money, helps ensure consistent rulings, and limits the extent to which each individual attorney and plaintiff will need to be involved.

Will I Need to Go to Court?

Probably not. In general, during the MDL process, only a handful of people will ever need to take their case to trial.

How Much Does an Attorney Cost?

Most attorneys handling these lawsuits will not get paid until when and if the case settles. If your attorney wins your case, he or she will take a percentage of your award as payment. This percentage is usually around 30%. Most attorneys do not charge anything up front and will speak to you for free if you believe you have a case.

Keep in mind that there’s a statute of limitations for filing these lawsuits. This means that once a certain amount of time passes, you will be barred from ever seeking compensation from Stryker for your injuries.

Plaintiffs v. Howmedica Osteonics Corp.
Read a complaint against the company that operates as Stryker Orthopaedics over its LFIT V40 femoral heads. 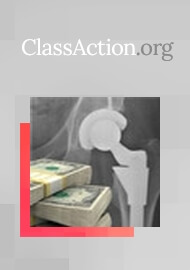 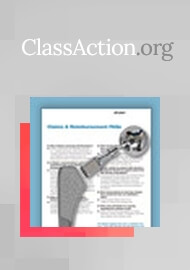 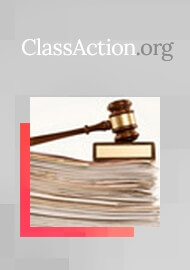