A Dodge Ram owner has filed a proposed class action lawsuit in which he claims the trucks are plagued by refueling issues due to a defective fuel tank filler neck. According to the suit, model year 2015 to 2019 Dodge Rams are fitted with “unnecessarily steeply-angled” fuel filler necks that cause gas pump nozzles to become stuck and make refueling take much longer than it should.

The lawsuit claims defendant FCA US LLC has known about the alleged defect since at least 2015 but has yet to issue a recall or address the problem. The plaintiff says he and other Dodge Ram drivers overpaid for their vehicles and have lost money because of the trucks’ now-diminished value. 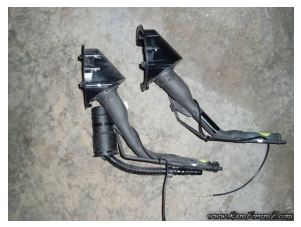 The new design, however, had some “unexpected and unsafe” side effects, according to the lawsuit. Because of the filler neck’s steep angle, gas pump nozzles could allegedly become lodged in the trucks’ gas tank necks while refueling. Dodge Ram drivers have reported that their gas station visits could take hours because of this issue, and many of them were apparently forced to call roadside assistance or the local fire department to help dislodge the gas pump nozzles from their trucks.

Another side effect of the filler neck’s design, the case continues, is that it can trigger the gas pumps’ automatic shutoff when the tank isn’t full yet. Some drivers have reported that the pump shuts off every few seconds, forcing them to fill their trucks’ tanks “mere ounces at a time.”

“While other vehicles may take only a few minutes to refuel, Defendant’s Dodge Rams typically take far longer,” the complaint reads.

Does the Alleged Defect Present a Safety Concern?

Yes, according to the lawsuit. The case claims Dodge Ram drivers are often forced to “physically wrench the gas nozzle free,” which can easily cause them to spill highly flammable fuel on their trucks, themselves, and the surrounding area.

The lawsuit also claims some Dodge Ram drivers have attempted to repair the alleged defect themselves, which can pose a risk of injury and cause damage to their trucks.

Did FCA Know About the Alleged Filler Neck Defect?

Yes, since at least 2015, according to the lawsuit. The plaintiff notes that Dodge Ram drivers have complained online about their refueling struggles ever since the 2015 model was released.

To date, FCA has not issued a recall for the allegedly defective part nor “made any attempt” to resolve the issue, the case says. This is particularly frustrating, the lawsuit states, in that the problem can be easily remedied by replacing the steeply angled filler neck (part 68400788AA) with an alternative filler neck that is not as steeply angled (such as part 68448220AA). Nevertheless, FCA continues to close its eyes to the alleged problem and has failed to disclose the existence of the apparent defect to consumers.

“Defendant’s refusal to acknowledge and disclose the Filler Neck Defect has prolonged the problem and confused Dodge Ram owners who may be unaware that their refueling difficulties are not unique to them,” the complaint alleges.

The suit also claims proposed class members have paid an inflated price for their vehicles and have lost money as a result of the trucks’ “diminished value.”

Which Models Are Affected?

The lawsuit is looking to cover anyone in the United States who purchased a 2015–2019 Dodge Ram “during the applicable limitations period,” with an additional proposed subclass of those who did so in California.

How Can I Join?

Typically, you don’t need to do anything to join a class action lawsuit. If the case settles, class members should receive notice with instructions on how to file a claim. You can read more about this process here. The full complaint can be read below.