Sprout Foods faces a class action that alleges the company has misbranded its baby and toddler food pouches by including on product labels nutrient content claims that are prohibited by the FDA.

Sprout Foods has been hit with a proposed class action that alleges the company has misbranded its baby and toddler food pouches by including on product labels nutrient content claims that are prohibited by the Food and Drug Administration (FDA). 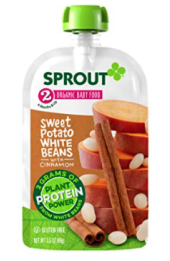 The 28-page suit states that FDA regulations strictly prohibit certain nutrient content claims on the product labels of foods intended for children under two. According to the lawsuit, Sprout’s nutrient content claims, including, for instance, that its Power Pak pouches contain “3g of Protein, 5g of Fiber and 300mg Omega-3 from Chia ALA,” mislead reasonable consumers into believing the products are healthier than others for children under two.

“These claims deceive and mislead reasonable consumers into believing that the Products will provide more benefits than its competitors, and induces [sic] parents to purchase the Products despite a lack of evidence that an increased intake for the nutrients advertised are appropriate or recommended for infants and toddlers less than 2 years of age,” the complaint contends.

Further, under California law, a food that is “misbranded” cannot legally be manufactured, advertised, distributed, sold or possessed, the lawsuit states.

“Misbranded products have no economic value and are legally worthless,” the suit says.

The case contends that consumers have been “economically damaged” by buying the Sprout pouches at issue, which, according to the lawsuit, are worth less than their purchase price due to the allegedly impermissible nutrient content claims.

The suit looks to cover all persons in California who bought at any time since February 18, 2018 any Sprout baby or toddler food pouches included in the list found here.