A proposed class action lawsuit claims Drip Creationz has sent text message advertisements to consumers without consent to do so.

A proposed class action lawsuit claims Customs by Ilene, Inc., which does business as Drip Creationz, has sent text message advertisements to consumers without consent to do so.

According to the case, the clothing retailer has overstepped the Telephone Consumer Protection Act (TCPA), a law that prohibits entities from using an automatic telephone dialing system to send non-emergency telemarketing messages to consumers’ cell phones without first securing prior express written consent to contact them in such a manner.

The plaintiff, a Miami-Dade County resident, says he’s received over the past year numerous text messages from the Corona, California-based business despite having never consented to receive them. 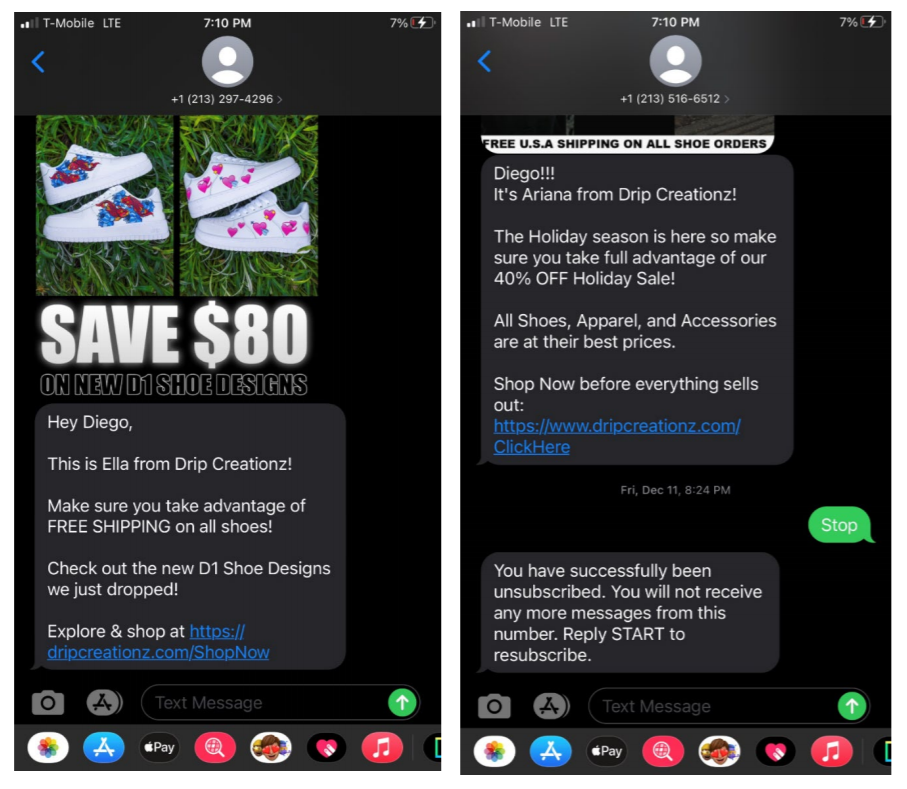 The plaintiff responded to the texts on December 11, 2020 with the word “Stop” in an attempt to opt-out of receiving further communications, the lawsuit relays. Nevertheless, Drip Creationz “ignored” the plaintiff’s request and sent an additional text on December 21, the case alleges.

Per the suit, the defendant has no policy for maintaining an internal do-not-call list and does not train employees on the use of such a list.

The case claims that the messages’ “impersonal and generic nature” indicates they were likely sent using an automatic telephone dialing system “without any human involvement.”

The plaintiff says the texts caused him “actual harm,” including invasion of his privacy, aggravation, annoyance, intrusion on seclusion, trespass and conversion, not to mention inconvenience and a disruption to his daily life.