A consumer alleges Blue Diamond's Almond Nut-Thins are misleadingly labeled as “Nut & Rice Crackers” when they are, in fact, actually rice-flour based.

Blue Diamond Growers are in the crosshairs of a proposed class action filed by a New York consumer who claims the company’s Almond Nut-Thins are misleadingly labeled as “Nut & Rice Crackers” when, in fact, they’re actually rice-flour based. 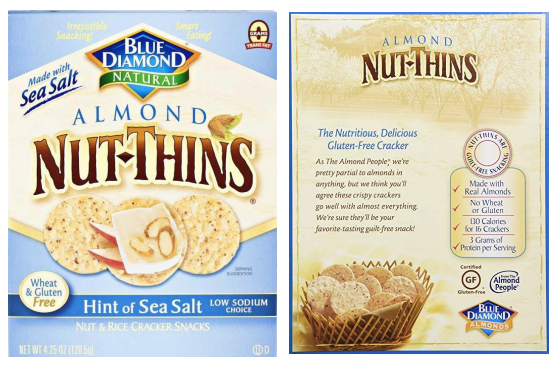 According to the suit, the defendant’s Almond Nut-Thins contain equivalent amounts of almonds and potatoes, which should not be the case in a product that is labeled as having almonds as its dominant ingredient. Moreover, the defendant’s product contains “more rice than nut ingredients,” the lawsuit says.

“Excluding tax,” the complaint states, “the Products cost no less than $2.99 per box (4.25 oz), a premium price compared to crackers that do not purport to contain almonds as their predominant ingredient.”