The judge overseeing the case detailed on this page has granted Jaguar Land Rover’s motion to dismiss the lawsuit while giving the plaintiffs 30 days to file an amended complaint addressing the deficiencies in their allegations.

In a November 19 opinion, U.S. District Judge John Michael Vazquez disagreed with the plaintiffs’ claim that Jaguar Land Rover had breached the terms of its express warranties, finding that the plaintiffs had not alleged their turbochargers failed within the time or mileage limits of their vehicles’ warranties.

Moreover, while the plaintiffs argued that the automaker should have fixed the turbochargers when they brought their cars in for service at authorized dealers, Judge Vazquez noted that the drivers had not raised any concerns about their turbochargers during those visits that would have prompted Jaguar Land Rover to make any repairs.

The judge went on to rule that the plaintiffs had failed to point to sufficient evidence showing that the automaker had known about the defective turbochargers at the time they were sold.

In sum, Judge Vazquez found that the plaintiffs “do not plausibly plead that Defendant is something other than an innocent third-party.”

If the plaintiffs do not file an amended complaint within 30 days, the lawsuit will be dismissed with prejudice. 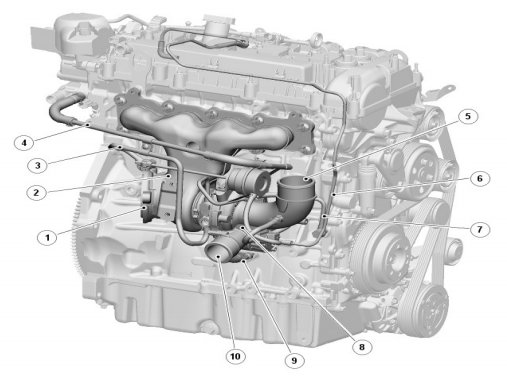 The 61-page lawsuit, filed by plaintiffs from New York, Michigan and Oklahoma, claims Jaguar Land Rover has knowingly failed to disclose to drivers that the turbocharger found in the following vehicle models is “insufficient to survive for its useful life in the operational environment of the engine,” and can crack and catastrophically fail, damaging other engine components:

As a result of the apparent turbocharger defect, vibrations, temperature fluctuations and other forces caused by the regular operation of a vehicle can lead to cracks at or near the mechanical structure that supports turbocharger operation, the complaint says. Once cracks have developed, pieces of the component can become loose and/or ricochet around the inside of the housing, damaging the turbine blades prior to a turbocharger’s overall failure, according to the suit.

The above-listed models were equipped with turbochargers to obtain the kind of power drivers expect from utility vehicles, especially those with smaller engines, while maintaining fuel efficiency and lower emissions, the case says. Essentially, the position in which the turbocharger in affected Land Rover models is installed “increases the operational extremes” the component is exposed to during the course of normal operation, according to the suit. From the complaint:

“In the expected, albeit extreme, operational environment of the engine, the internally mounted volute (the part that channels the force of the exhaust to the turbine) and its supporting structure in the exhaust manifold portion of the Turbocharger assembly experience accelerated metal fatigue and premature failure. As a result, the volute becomes loose and although remaining contained, may rattle around in the exhaust manifold. Eventually, the loose volute can no longer maintain critical clearances with the turbine and contacts the turbine (which is spinning at a high rate of speed), causing breaking, chipping, and erosion of the metal turbine blades. The Turbocharger may fail immediately, or it may continue to run while the damage worsens and performance is increasingly degraded as the turbine blades are eroded. In the end, the turbine become [sic] ineffective in extracting power from the exhaust and the compressor fails to make the desired level of boost and, ultimately provides no boost at all.”

In addition to presenting a significant safety hazard, the alleged turbocharger defect exposes Land Rover drivers to decreased engine performance, including an engine going into “limp” mode upon the sudden failure of an affected vehicle’s turbocharger, the lawsuit says. Upon the failure of a turbocharger, a driver will be left “unable to accelerate safely into or with traffic, or become stranded along the roadside needing complex mechanical assistance,” the complaint relays.

To replace a faulty Land Rover turbocharger, drivers may face the choice of either fixing the part at great expense or “junking their vehicles when they are only worth nominally more than the costs of replacing the Turbocharger,” the case claims.

The lawsuit alleges that although Jaguar Land Rover North America has possessed knowledge of the turbocharger issue, the New Jersey-headquartered automaker never disclosed the problem to drivers. To date, the defendant has not issued a recall for the apparently defective part and refused to repair or replace faulty turbochargers outside of the time periods covered by its limited express warranties, the case claims.

“Accordingly, Defendant has wrongfully and intentionally transferred the cost of repair or replacement of the Turbocharger to Plaintiffs and members of the Classes by fraudulently concealing the existence of the defect, which Defendant knows will typically occur after the expiration of the relevant warranties,” the suit charges.

The plaintiffs claim they would not have bought their vehicles, or would have paid less, had Jaguar Land Rover North America disclosed that the supposed turbocharger defect, and any other engine components damaged by the issue, would require thousands to repair or replace.