A proposed class action claims NorCal Holistics, Inc. has sent consumers automated telemarketing text messages without securing prior written consent to do so.

A proposed class action claims NorCal Holistics, Inc. has sent consumers automated telemarketing text messages without securing prior written consent to do so.

The plaintiff, a California resident, says she received from the cannabis delivery company within the past year “numerous” text messages in which it advertised its products. According to the 16-page suit, the “impersonal and generic nature” of the texts indicates they were sent using an automatic telephone dialing system (ATDS) that allowed the defendant to transmit thousands of automated messages without any human involvement. 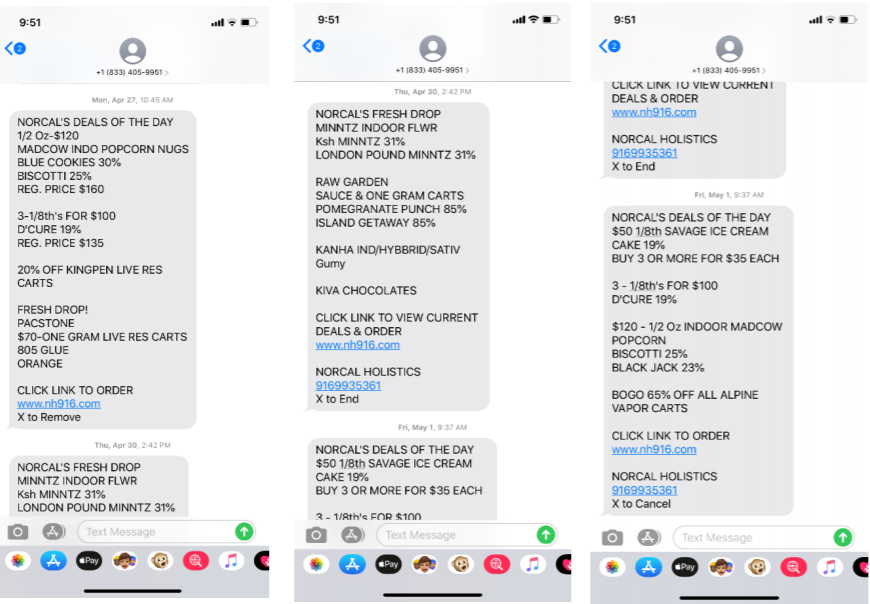 Per the suit, “[a]t no point in time” did the plaintiff provide NorCal with express written consent to be contacted using an ATDS.

The plaintiff says the texts caused her “actual harm” by taking up her time and phone memory and affecting phone performance.

The lawsuit, which alleges violations of the Telephone Consumer Protection Act, looks to represent a proposed class consisting of:

“All persons in the United States who, within four years prior to the filing of this action, (1) were sent a text message by or on behalf of Defendant, (2) using an automatic telephone dialing system, (3) for the purpose of soliciting Defendant’s goods and services, (4) without prior express consent of the recipient, or with the same manner of purported consent Defendant claims to have obtained from Plaintiff, if any.”