A class action claims the Key Master game is not one of skill but instead rigged to prevent consumers from winning until a set number of unsuccessful plays has been met.

The Key Master prize vending machine game made and marketed by Sega of America, Play It! Amusements and Komuse America is not a game of skill but instead rigged to prevent consumers from winning until a set number of unsuccessful plays has been met. 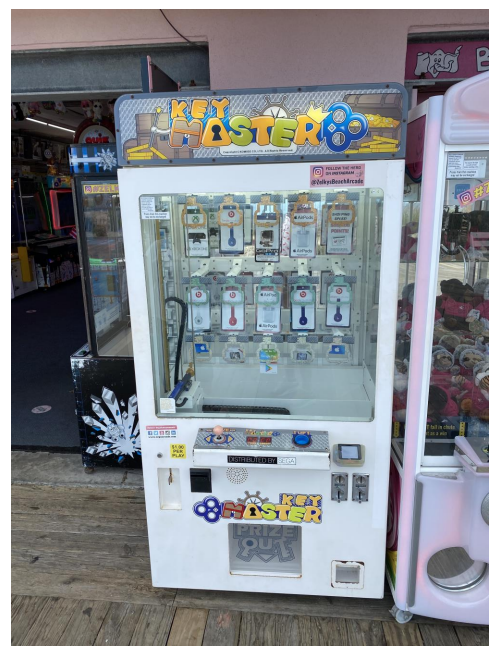 The 28-page complaint says that although Key Master is marketed and presented to potential players as a straight-forward game of pure skill, as opposed to one of chance, the machines, in truth, only give out prizes at certain times. This means that even if a player skillfully controls the movement of the key by stopping it in the right spot and inserting it into the keyhole, the player still would not win a prize unless they happen to have played “at the same time it was pre-programmed to allow a win,” the suit says.

“Defendants’ conduct harms consumers by inducing them to pay to play the Key Master Machine under the false premise that, if they skillfully control the movement of the key to enter the keyhole, they will win the prize they intend to obtain,” the case, filed in California’s Central District, says.

Users are instructed that Key Master is played through a hand-controlled joystick and button, which respectively move the key vertically and horizontally, and are led to believe the player’s input is the only thing affecting the key’s movement, the case says. According to the suit, however, these instructions are deceptive and misleading in that it is untrue that a prize will be awarded simply if they’re followed.

“In fact, there is nothing on the machines, either graphical or written, which warns consumers that the machine has been pre-programmed to make the key impossible to successfully maneuver unless a specific number of forced-failed attempts have already occurred,” the lawsuit reads.

According to the complaint, the Key Master owner’s manual makes it clear that the game has been designed, per its default settings, to not reward a prize until the number of player attempts reaches the threshold set by the operator. Sega, Play It! And Komuse hold exclusive knowledge of this, yet have not disclosed such information to consumers, the suit asserts.

“Defendants’ omission of these settings is material given that they relate to the central functionality of the Key Master Machine, allowing a prize-offering game of chance to masquerade as a game of pure skill,” the case reiterates.

According to the lawsuit, the defendants have “refused to cease their deceptive conduct” even after coming onto the radar of Arizona Attorney General Mark Brnovich, whose investigation into allegations of rigged Key Master machines led to a $1 million settlement and the state seizing more than 16 games.

The plaintiff, an Indio, California resident, states in the case that he would likely continue to pay to play the Key Master game “but only if the machines were not rigged to be games of chance and not games of pure skill.” The man contends that while he believes the Key Master games are rigged, he “lacks personal knowledge as to how the machines are specifically programmed,” which creates doubt as to whether some machines in the future could be programmed to be purely skill based.