The Associated Press reports Peloton is voluntarily recalling its Tread+ and Tread treadmills, a sharp pivot from the company’s stance less than a month ago that the fitness products were not to blame for a child’s death and dozens of other injuries.

Peloton, in a statement on its website, has urged customers to stop using both machines immediately and contact the company for a full refund or other “qualified remedy.”

With the recall announcement Wednesday came an about-face from Peloton CEO John Foley, who, despite saying last month that the company had no intention of recalling the treadmills, said they had “made a mistake” in response to the CPSC’s warning and apologized for failing to act sooner.

“I want to be clear, Peloton made a mistake in our initial response to the Consumer Product Safety Commission’s request that we recall the Tread+,” Foley said. “We should have engaged more productively with them from the outset. For that, I apologize.”

Peloton said it has received to date 72 reports of adults, children, pets and items, such as exercise balls, being pulled under the Tread+, according to the AP.

Tread+ owners can receive a full refund from Peloton by November 6, 2022. For consumers who wish to keep their Tread+, Peloton has said it will move it free of charge to a room in which children or pets cannot access the machine and update the product’s software so a passcode is needed to unlock it.

Peloton Interactive, Inc. faces a proposed class action in the wake of a safety alert urging consumers to stop using the company’s Tread+ treadmill over concerns that the product is “capable of killing or maiming.”

The 18-page lawsuit alleges the Peloton Tread+, which retails for $4,295, suffers from “significant design flaws” that make the machine “defective, unfit for use in a home with children, and unreasonably dangerous for its intended purpose” in that kids and small pets can become trapped underneath the product during operation. 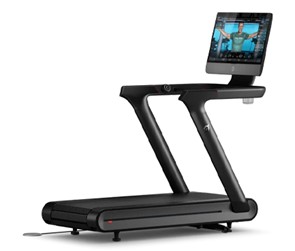 According to the complaint, at least one child has died as a result of injuries sustained after coming into contact with the Tread+, and “several dozen” additional reports of injuries have been investigated by the Consumer Product Safety Commission (CPSC). The lawsuit, filed Tuesday in California federal court, surmises there may be “hundreds or thousands” of more injuries that have not yet been brought to light that occurred in connection with Peloton’s popular treadmill, which went by the name “Tread” until last September.

Although the CPSC has made clear that consumers should stop using the Peloton Tread+ if there are small children or pets at home, Peloton, the complaint alleges, has “rejected the CPSC’s warning” while maintaining that the machines are “perfectly safe,” a sentiment the lawsuit says defies “the evidence that the Tread+ is an uniquely [sic] dangerous threat to children.” The CPSC issued its warning because, according to the complaint, “there is no safe and practical way to have this device in a home where there are children.”

The lawsuit goes on to allege that consumers who bought the Peloton Tread+ have been injured financially as a result of Peloton Interactive’s “false and misleading advertisements, misrepresentations, and untrue statements.” Buyers who shelled out the nearly $4,300 sticker price for the treadmill – and more for the cost of ongoing subscriptions to use the product – did so with the understanding that the machines were safe for use in a home with children, the case contends.

Highlighted in the lawsuit is the way in which Peloton has marketed the Tread+ as appropriate for family use, including by disseminating images featuring a woman and young girl, presumably her daughter, working out immediately next to the device and engaging with its touchscreen. Per the suit, Tread+ buyers pay for not just the exercise machine itself but also subscription fees on top of the initial purchase price in order to utilize the product to its fullest.

The case macabrely claims, however, that, “[c]hillingly, the child featured in the picture is exactly the sort of victim that the Tread+ machine is uniquely capable of killing or maiming.”

According to the complaint, the risk of injury posed by the Tread+ extends beyond children using the machine without supervision. Parents, while using the Tread+, have had their children approach the machine, out of eyesight, and become trapped and injured by the treadmill, the lawsuit claims.

“Based upon the implied warranty of merchantability and fitness for a particular use, Plaintiff were [sic] injured upon discovering that the product posed direct health and safety risks to children,” the complaint, filed by a Rocklin, California resident, reads.

In its April 17, 2021 warning, the CPSC stated that it was aware of 39 incidents involving the Tread+, including one death. The CPSC wrote that its staff believes the Tread+ can lead to “abrasions, fractures, and death” in light of multiple reports of children “becoming entrapped, pinned, and pulled under the rear roller of the product.”

Included in the CPSC alert is a link to a video purportedly demonstrating the dangers of the Tread+. [Warning: Some viewers may consider the video’s content disturbing.]

According to the CPSC, it is believed that at least one incident occurred while a parent was running on the treadmill, “suggesting that the hazard cannot be avoided simply by locking the device when not in use.”

In response to the CPSC’s alert, Peloton stated:

The Consumer Product Safety Commission’s unilateral press release about the Peloton Tread+ treadmill is inaccurate and misleading. The Tread+ is safe for Members to use in their homes and comes with safety instructions and warnings to ensure its safe use. Like all motorized exercise equipment, the Tread+ can pose hazards if the warnings and safety instructions are not followed. The Tread+ is not for children under 16. Peloton warns Members not to let children use the Tread+ and to keep children, pets, and objects away from the Tread+ at all times. Any owner of a treadmill – whether made by Peloton or not – should follow these warnings, as they are included in the applicable safety standards, which the Peloton Tread+ meets.”

The lawsuit argues the plaintiff and proposed class members “should be provided with either a refund or replacement with a device that is not nearly as dangerous to children and pets.”

For its part, Peloton, the complaint alleges, “has known, or should have known” of the dangers of the Tread+ for use in homes with small children and pets. According to the suit, the specific dangerous design defects plaguing the Tread+ include the machine’s “light weight, the fact that the tread is exposed not just on the top but the bottom of the machine, the expansive clearance between the floor and the exposed tread, the lack of sensors to detect a child or pet who may be trapped and dragged under the machine, and an appropriate and effective shut-off mechanism.”

“All of these defects contribute to the machine’s extremely dangerous propensity to injury [sic] children and pets,” the case claims.

The lawsuit aims to represent all consumers in the United States who acquired a Peloton Tread or Tread+.

How can I join?

There’s generally nothing you need to do to “join” or be considered part of a class action lawsuit.

Truth is, class action cases almost always take some time to work their way through the legal system, usually toward a settlement, dismissal, or increasingly toward binding arbitration outside of court. For consumers who might be “covered” by a class action, this means it might be a while before the time comes, if it ever does, to submit claims for whatever compensation the court deems appropriate. You can learn more about this process here.

If you believe you’ve been affected by a company’s alleged conduct, the best thing to do is to stay informed and check back with ClassAction.org for updates. You can sign up for our free weekly newsletter here.