Porsche faces a class action that alleges the adhesive used for the coolant pipes in certain Cayenne and Panamera vehicles can prematurely degrade and fail.

The 54-page complaint claims the sports cars are stricken by an engine cooling system defect linked to the epoxy adhesive used by Porsche to bond slip-fit coolant pipes. The lawsuit claims that as coolant pipes repeatedly heat and cool and expand and contract during an affected vehicle’s heat cycle, the epoxy adhesive can degrade, loosen and eventually fail prematurely, causing the coolant pipes and connectors within a Porsche engine to suddenly separate and spill out engine coolant. 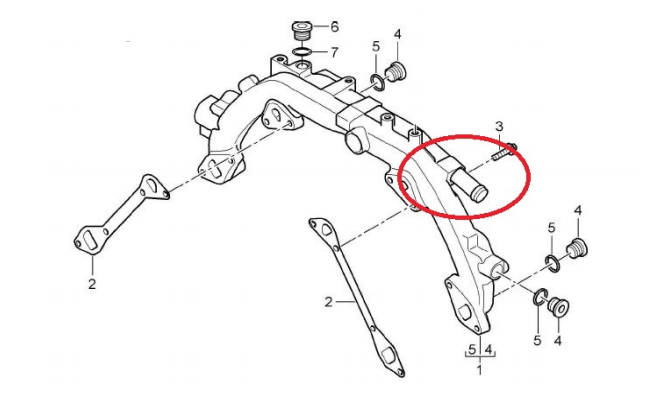 “This creates an exceptionally dangerous and slippery road condition, leaving the driver of the Defective Vehicle and those traveling behind at risk of losing traction or control,” the suit says.

The suspected cooling system issue has allegedly caused drivers to pay thousands out-of-pocket because, according to the lawsuit, a mechanic must remove a number of engine components in order to access and remedy failed coolant system parts. Further, as a result of the probable mess made by an engine coolant spill, Cayennes and Panameras affected by the defect may require additional repairs, according to the case. Further, the lawsuit charges that vehicles for which the apparent coolant system defect is repaired may be equipped with “similarly defective” parts, which can lead to the issue manifesting a number of times over the course of a Porsche’s lifespan.

Porsche has known of the apparent cooling system issue for more than a decade, the lawsuit says. The German automaker has been on notice about the defect since at least 2007, the case alleges, claiming “various sources,” including complaints to the National Highway Traffic Safety Administration (NHTSA) and internal customer complaints, have advised that the epoxy adhesive used for Porsche’s coolant system pipes and unions is defective. Despite the level of knowledge possessed by the defendant concerning the alleged defect, Porsche has “never taken steps” to inform drivers of the problem, nor accept financial responsibility for repairs or implement a large-scale remedy, the suit says.

“Instead, Porsche has actively concealed that there is an ongoing defect by publicly claiming that the Cooling System Defect was fixed with a change in the manufacturing process, failing to admit there is a defect when questioned by customers, and continuing to advertise the Defective Vehicles as being safe and of a particular high-end quality,” the plaintiffs allege.

Proposed class members’ vehicles have been rendered unreliable and unsafe as a result of the apparent cooling system problem, the lawsuit says, and drivers would not have paid as much to buy or lease their Porsches had they known the cars suffered from the potentially devastating flaw.