A consumer claims in a class action that Nutrabolt's Cavalier Gentlemen's Product is not effective as a sexual performance-boosting aphrodisiac.

A San Diego consumer has filed a proposed class action lawsuit in which he alleges none of the ingredients in Nutrabolt’s “Cavalier Gentlemen’s Product,” a purported over-the-counter aphrodisiac, can provide the effects desired by users. 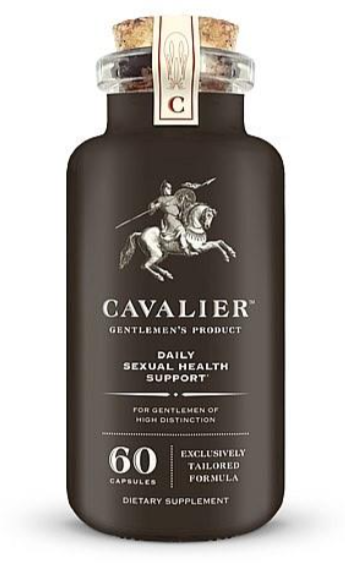 According to the lawsuit, Austin, Texas-based defendant Woodbolt Distribution, which does business as Nutrabolt, claims its herbal product has sexual-enhancement properties, and suggests that users take Cavalier daily and “30 to 45 minutes prior to sexual activity.” The complaint alleges, however, that none of the ingredients in Cavalier, whether individually or combined, can provide any sought-after sexual performance benefits. In fact, several ingredients in the product have been singled out by the FDA as unlawful for use in purported herbal aphrodisiacs, the lawsuit claims.

Cavalier, the suit says, is comprised of “a blend of small amounts of extracts from herbs, roots, and other organic substances” the defendant claims have an effect on the human body. Despite its composition of a cocktail of herbal components, Nutrabolt’s Cavalier product, the case says, can offer no improvements with regard to sexual health, and may pose an allergy risk for certain users who consume what the plaintiff calls “such random herbs and herbal extracts.”

According to the complaint, one particular ingredient in Cavalier—Yohimbe bark extract—poses several risks not disclosed on the defendant’s product labeling. The suit states that the National Institute of Health “strongly cautions that sufferers of anxiety and/or depression should not use yohimbe,” nor should individuals with diabetes. Further, the lawsuit asserts that yohimbe, an ingredient long used to fight sexual problems linked to depression treatments, can inhibit the breakdown of amino acids in many foods, which the complaint says can cause high blood pressure, severe hypertension, stroke and cardiac arrhythmia.

All told, given the claims made by the defendant with regard to the purported benefits of Cavalier, the lawsuit avers that the product is essentially an unapproved aphrodisiac regarded as a “new drug” within the meaning of the federal Food, Drug and Cosmetic Act (FDCA) and California law. New drugs within the purview of the FDCA, the case continues, are subject to federal approval before being made available to consumers.

The lawsuit alleges Nutrabolt made claims with regard to Cavalier’s purported benefits “knowing that they were false and illegal in order to deceive its customers and increase its sales.” The plaintiff looks to compel Nutrabolt to cease marketing Cavalier using the tactics alleged in the lawsuit, conduct a corrective advertising campaign, and repay the money the company is alleged to have made unjustly.

“Plaintiff would not have purchased the Product absent Nutrabolt’s false and misleading claims. Nor would be have purchased Cavalier had be known it is misbranded under California and Federal law,” the complaint says. “For these reasons, Cavalier has no value and should not be consumed.”