The proposed class action detailed on this page was voluntarily dismissed by the plaintiff on September 28 and subsequently terminated.

The plaintiff’s notice of voluntary dismissal can be found here.

In a statement published by Yahoo! News, Trader Joe’s said in reference to the proposed class action detailed on this page:

“It is always our intention to ensure our labeling accurately represents our products, so our customers can make informed choices about what they are buying. If it is ever brought to our attention that the labeling on a product is confusing or misleading to customers, we do not hesitate to look into the matter and determine whether changes need to be made. In this case we feel the labeling of our 12 Grain Crackers is accurate.”

ClassAction.org will update this page with any new developments.

According to a proposed class action, Trader Joe’s Company has misled consumers by failing to disclose on packages of its “12 Grain Mini Snack Crackers” that the product is made with a minimal amount of 12-grain flour blend and contains mostly enriched white flour. 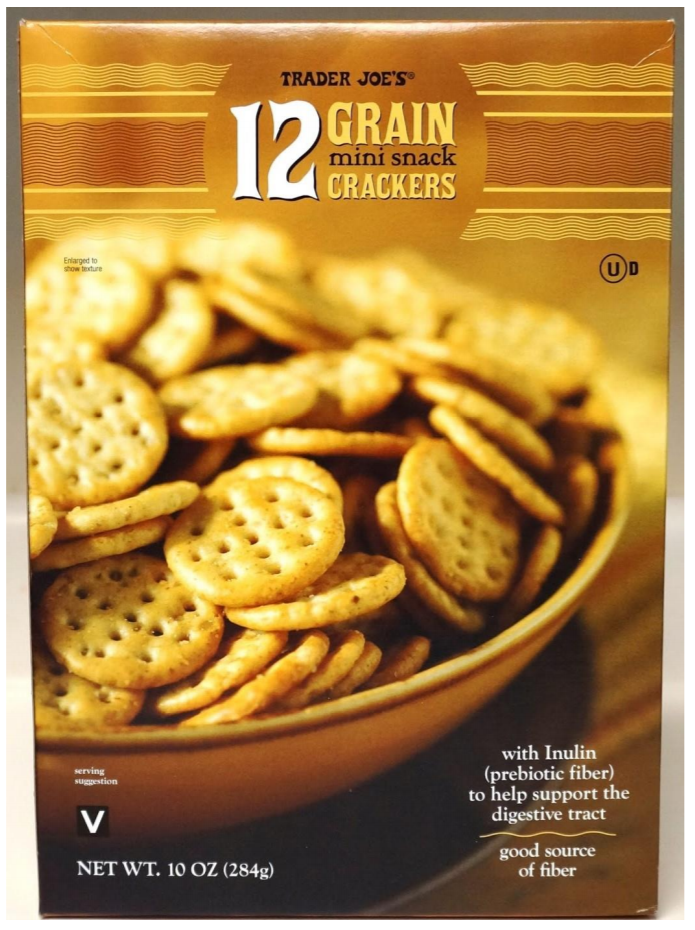 The 12-page lawsuit argues that based on the product’s name and packaging representations, consumers reasonably expect the 12-grain snack crackers to contain more 12-grain flour than they actually do, alleging that the packaging “is designed to – and does – deceive, mislead, and defraud” consumers.

As a result, consumers paid a premium price for crackers they otherwise would not have bought, or would have paid less for, had they known the truth, the suit says.

Stressed in the lawsuit is the fact that consumers seek out products made with flours other than white flour “for reasons related to health, wellness, and nutrition” and to avoid the negative health effects of ingesting refined white flour.

To capitalize on this trend, Trader Joe’s represents that its 12-Grain Mini Snack Crackers are made predominantly with a 12-grain flour blend, the case states.

What the product’s packaging fails to disclose, however, is that the proportion of 12-grain flour in the crackers is minimal compared to the presence of a more prominent ingredient—enriched flour, the suit claims.

According to the complaint, the crackers’ ingredients list reveals that enriched white flour is “listed far ahead” of the 12-grain blend. Based on the product’s name, consumers would likely expect the snack to contain more 12-grain flour than it actually does and be free from enriched white flour, the lawsuit says. 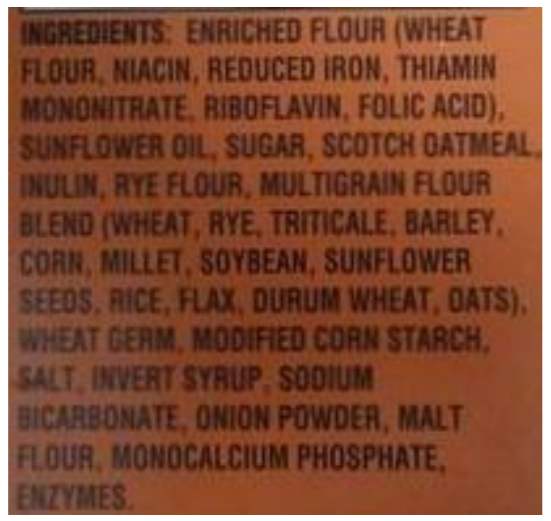 Per the complaint, Trader Joe’s disclosed a material ingredient within the product’s name while deceptively failing to specify the amount of the ingredient in a non-misleading way:

“The Product’s ‘common or usual name’ does not include the percentage of the characterizing 12 grain blend ingredient, even though the proportion of this ingredient ‘has a material bearing on price or consumer acceptance or when the labeling or the appearance of the food may otherwise create an erroneous impression that’ more of the 12 grain blend is present in an amount greater than is actually the case.”

According to the suit, the value of the 12-grain crackers is materially less than the value as represented by Trader Joe’s, who’s been able to sell more of the product at higher prices than it would have absent the allegedly deceptive labeling.